Ashling Murphy's funeral will be held on Tuesday, and her family has invited musicians to bring their instruments and play at the cemetery in Co Offaly. 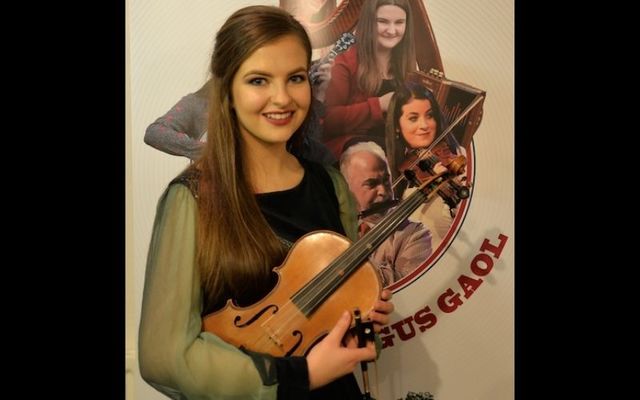 Ashling Murphy will be laid to rest in her native Co Offaly on Tuesday, January 18, less than a week after she was murdered while she was out for a jog along the canal in Tullamore.

Murphy's funeral will be held at St. Brigid's Church in Mountbolus, Co Offaly on Tuesday at 11 am with burial to follow at Lowertown Cemetery.

The funeral will be live-streamed courtesy of Mass Live here and on Vimeo as a backup here. Messages of condolences can be left online at Lawless Funeral Directors.

Ashling's sister Amy said in a public social media post on Monday that she and her family "kindly ask that any musicians attending please bring their instrument and play music at lower town cemetery after mass should you wish."

Amy added that she and her family would  "greatly appreciate privacy from media outlets at this time."

Ashling "was the light of our lives and the heart of our family," Amy said.

In the wake of her shocking murder, Ashling Murphy is being fondly remembered as a talented musician who was a skilled fiddle and concertina player. Her love of Irish music has been a focal point in the many vigils and remembrances that have been held around the world.

An Garda Síochána said in a statement on Monday that it anticipates a large attendance for Murphy's funeral, and people attending are being asked to assist Gardaí, who will be on duty to manage traffic and parking, and stewards.

Gardaí noted that the burial and cemetery is a private family occasion, and requested that media respect this request.

The day before Ashling's funeral, Gardaí issued a renewed appeal for information as they continue to investigate the 23-year-old's shocking murder.

In particular, Gardaí appealed for information about "a man dressed in black tracksuit top (no hood), black tracksuit bottoms with a large white stripe or white writing on the side, and black runners" in the Tullamore area on Wednesday, January 12, the day Murphy was murdered.

The investigation team at Tullamore Garda Station can be contacted on 9357060, the Garda Confidential Line on 1800 666 111, or any Garda Station.