Hundreds of people turned out for the Ashling Murphy memorial event in NYC's Central Park on Sunday, which was organized by three Irish women to benefit Women's Aid Ireland. 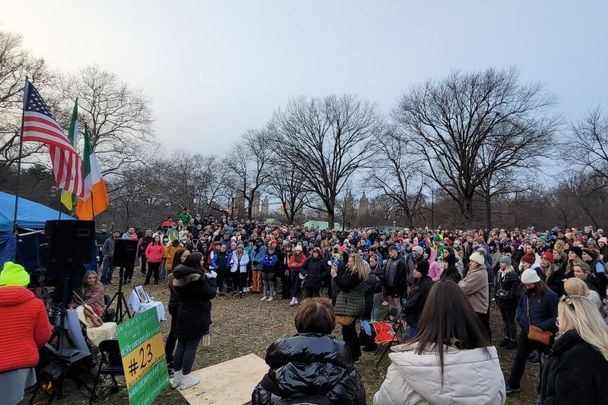 Amy Brett, Sarah Cosgrave, and Niamh Reilly, the three Irish women who organized a 4-mile walk / run for charity in New York City's Central Park in memory of Ashling Murphy are "speechless" by the turnout.

“It’s safe to say that Ashling’s death rocked the entire Irish community, and so many wanted to show their support," organizer Amy Brett told IrishCentral on Tuesday.

Brett, a native of Co Mayo who has been living in New York City for nearly a decade, teamed up with fellow female Irish ex-pats Sarah Cosgrave and Niamh Reilly to organize the unexpectedly massive charity event that was held in Central Park on Sunday, January 23 in memory of Ashling Murphy. 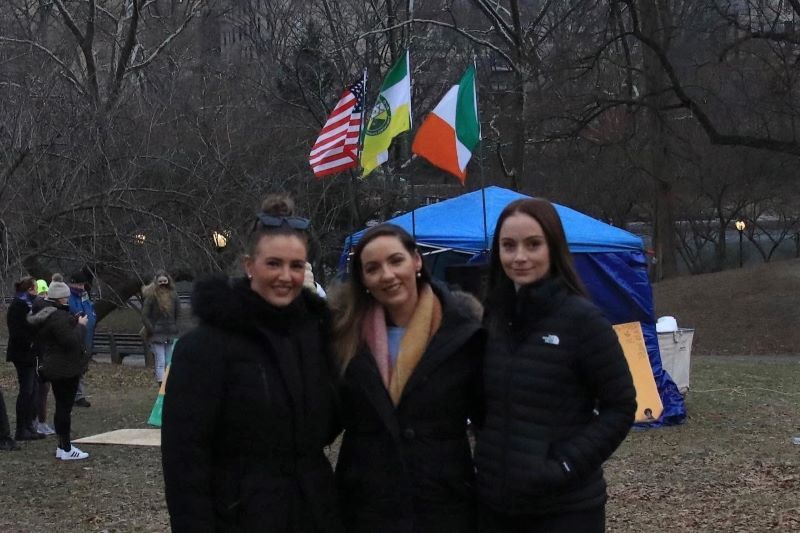 23-year-old Murphy was fatally attacked when she was out for a jog along the canal in Tullamore, Co Offaly on January 12. A week later, a man was officially charged with her murder. The incident shocked not only Ireland but the global Irish community.

To honor Murphy, the trio of Irish women in New York decided to host a 4-mile walk / run that would begin at 4 pm, the time Murphy was fatally attacked, on January 23. They suggested a $30 donation to participate, with all funds going to Women's Aid Ireland, which works to stop domestic violence against women and children.

The women announced the event on social media, and it took off from there. While they initially hoped for about 50 people to register, nearly 800 did, and an astounding $33,000 was raised for Women's Aid Ireland. 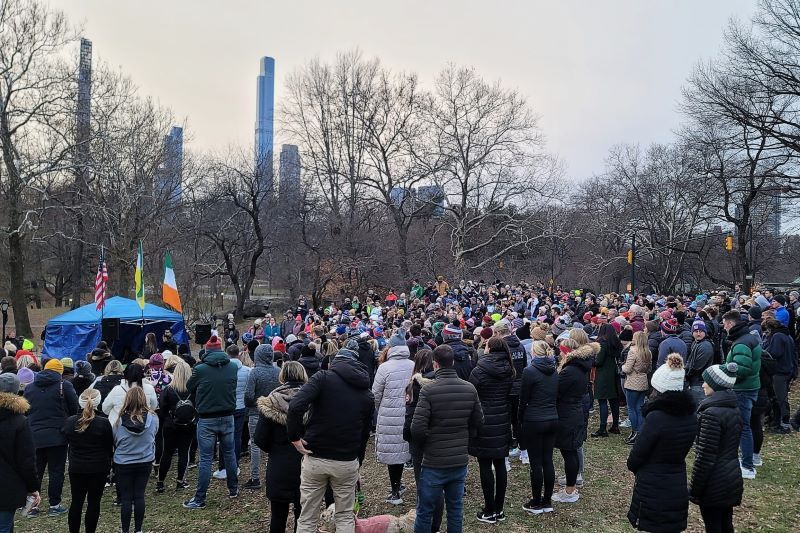 “The turnout was unbelievable," Brett told IrishCentral on Tuesday, noting that people traveled from all over New York to not only participate, but to lend a helping hand. "We had people calling and texting as late as mere hours before the walk to see what they could do to help."

Among them was Jennifer Kirby, who painted "the most beautiful posters" in the colors of Murphy's hometown GAA club, and brought cards for people to sign.

"Such a lovely thought," Brett said, adding that "the plan is to get it back to the Murphy family in the near future."

10 musicians, organized by Fiona Smyth, were also on hand playing from the start to end of Sunday's event.

Amongst the musicians, one chair was left empty with just a shawl and a fiddle placed upon it, a poignant homage to Murphy, who was a talented traditional Irish musician. 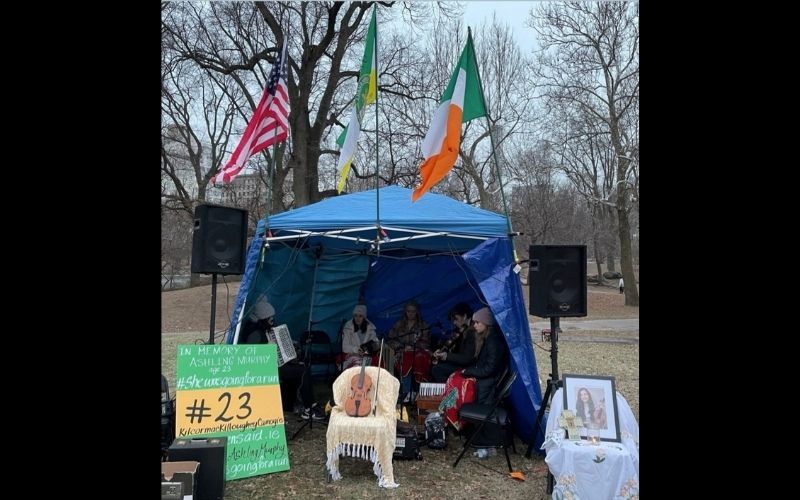 To top it all off, Irish singer-songwriter Dermot Kennedy, who recently relocated from Ireland to New York City, was "a last-minute addition" to Sunday's event.

"I had sent him the post on Instagram and he had seen it from various accounts – it was honestly everywhere by Sunday," Brett told IrishCentral.

"We spotted him standing at the back of the crowd and I went over and asked him to sing to end the minute’s silence – which he obliged after some gentle persuasion."

Kennedy performed a "beautiful rendition" of The Parting Glass for the crowd, but Brett noted: "In true Irish style, he didn’t want it to come across as he was making it about him or that he would cause a scene –I just want to note that. He is such a lovely, lovely guy."

Brett said she and the organizers have been left "speechless, to be honest" for the outpouring of support, and that they are grateful for everything, including the raffle prizes, the donations from businesses and GAA clubs, as well as support from Shelly's Cafe in Maspeth, The Butcher Block in Sunnyside, Avoca in Manhattan, and The Lowery in Sunnyside.

She also thanked "the girls who sat and lost feeling in their fingers typing names into the registration sheet and selling raffle tickets."

Brett remains modest in the wake of the success of the event: "We received so many lovely messages Sunday evening and Monday thanking us for organizing, but to be honest we did the easy part – to get out in the cold and to spread the word and to bring others along – that’s the hard part!"