Jozef Puska, 31, was charged with the murder of Ashling Murphy during a special sitting of Tullamore District Court this evening, January 19. 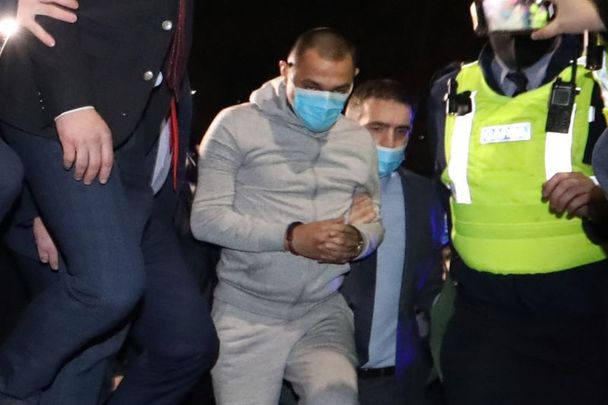 January 19, 2022: Jozef Puska, with an address in Tullamore, Co Offaly, is brought before a special sitting of Tullamore District Court. Puska, who was arrested on January 18, has been charged after the fatal assault of Ashling Murphy in Tullamore on January 12. RollingNews.ie

Update: The man who has been charged tonight in the Ashling Murphy murder investigation has been named as Jozef Puska, 31, who has an address in Tullamore, Co Offaly.

The man who was charged today as part of the Ashling Murphy murder investigation is aged in his 30s and was arrested yesterday, January 18, gardaí said in a statement on Tuesday.

The man is now due to appear before a special sitting of Tullamore District Court this evening, Wednesday, January 19, at 8:15 pm.

Earlier on Tuesday, gardaí said they had arrested another man, also aged in his 30s, who they questioned in relation to potential withholding of information contrary to The Offences Against the State (Amendment) Act 1998. Gardaí have since confirmed that this man has been released without charge from Garda custody and a file will be prepared for the Office of the Director of Public Prosecutions.

The arrest of the first man who is now due to appear in court occurred on Tuesday, the same day that Ashling Murphy was laid to rest in her native Co Offaly. Thousands turned out for the funeral, with many more tuning in online via live stream and on RTÉ, Ireland's national broadcaster. Both Taoiseach Micheál Martin and President of Ireland Michael D. Higgins were among the Irish politicians in attendance for the funeral held at St. Brigid's Church in Mountbolus, Co Offaly.

"This is the very heavy price we all have to pay for love.”

23-year-old Ashling Murphy was out for a jog along the canal in Tullamore, Co Offaly last Wednesday, January 12 when she was fatally attacked around 4 pm. Her murder is being grieved by the global Irish community.