Members of the Cawley family in Armagh have been jailed in the United Kingdom for their part in a cruel scam that sold sick and dying dogs to unsuspecting customers. 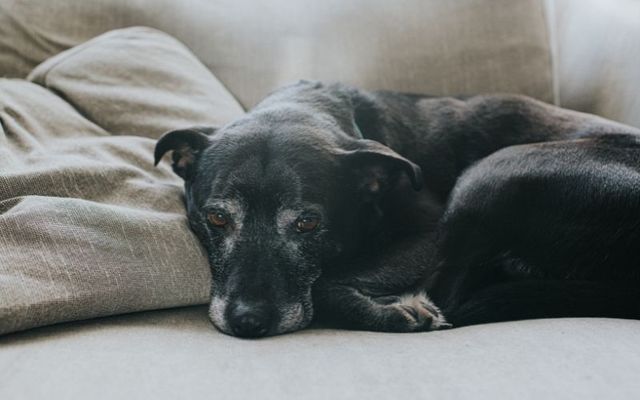 More than a dozen people have been sentenced in the UK following a scam designed to extract money from innocent dog lovers. Getty Images

Members of an international dog smuggling ring have been jailed in the United Kingdom for their part in a cruel scam that sold sick and dying dogs to unsuspecting customers.

Several members of the Cawley family, originally from County Armagh in Northern Ireland, were among 13 people charged for their involvement in the scam designed to extract money from innocent dog lovers.

The international smuggling ring made a reported €350,000 ($410,000) from the scam, which caused unsuspecting families to fork out thousands of pounds in veterinary expenses after they had unwittingly purchased sick dogs.

In some cases, owners observed that their new dog had fallen ill even before arriving home, while some dogs were so sick that they could not survive.

The Aylesbury Crown Court heard that the gang smuggled several dogs into the UK every day from Ireland and that it used false names to place adverts and lure families into buying a sick dog.

Judge Francis Sheridan sentenced 13 members of the gang at the Aylesbury Crown Court this week, including members of the Cawley family, describing the scam as "disgusting".

"You have all played your part in this disgusting trade and you preyed upon the kindness of British citizens," Sheridan said during a two-day sentencing hearing this week.

"Not one of the defendants in this case should ever be given a license to breed animals.

"The effects referred to in this case cannot be regarded by the public as anything other than utterly abhorrent."

"Many people purchasing a puppy, naturally became excited and invested time and emotion as well as money into their puppy. They chose a name and planned the arrival of their new family member and were left devastated when the puppy was sick and in some cases died."

Kimberly Duffy, who bought a Shih Tzu puppy from the gang, described the effects of the scam on her family in a distressing victim statement.

She revealed that her family spent more than €1,500 on their puppy Barnaby, including the price of buying the dog from the gang and the subsequent vet bills. She also said that on several nights she stayed awake all night trying to feed the puppy with her partner and that her 11-year-old son had woken one morning to discover that the dog was no longer breathing.

Several members of the Cawley family received lengthy prison sentences for their involvement in the scam, with Joseph Cawley Sr., 44, and John Cawley, 24, both of Willen Caravan Site in Buckinghamshire, receiving 45 months and 44 months in prison respectively.

Yeboah also received a 44-month prison term, while Joseph Cawley Jr., who was a youth when the offenses took place, received a community order that will last 24 months.

O'Brien's wife Wendy and Michael Cawley's wife Mary-Ward Jackson both received suspended sentences for their involvement in the smuggling ring.

Annalise Cawley received a 12-month prison sentence suspended for two years in addition to a requirement to complete 20 days of rehabilitation and 150 hours of unpaid work.

Sheridan told the court that he would do what he could to reimburse families impacted by the scam.