The proposed bill would allow for police dogs injured on duty to be transported to a veterinary clinic by emergency medical services as long as there was no human in need. 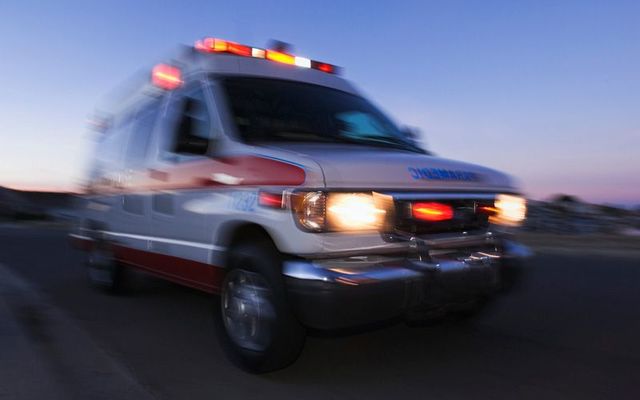 A Massachusetts bill may soon allow for injured police dogs to be safely transported to a veterinary clinic by emergency medical services (EMS).

Sgt. Gannon, 32, was killed in the line of duty on April 12, 2018, when he was shot as he attempted to serve a warrant to Thomas M. Latanowich, 29, a suspect with a lengthy criminal history, in Marstons Mills.

Nero, a Belgian Malinolis who was gravely injured in the shooting, underwent surgery after being shot in the face and neck and spent many months in recovery.

Although several ambulances and rescue personnel were on the scene after the shooting, state law prohibited licensed medical professionals from treating or transporting Nero, reported NBC Boston in 2019.

Police officers on the scene loaded the dog into the back of a police cruiser and brought him to an emergency veterinary center, where he received care.

With a heavy heart 💙, our condolences go out tonight to our brothers & sisters of the @yarmouthpolice & to Officer Sean Gannon's family & friends. We are also praying tonight for the recovery of Officer Gannon's K9 partner, who was also injured in today's tragic incident.#LODD pic.twitter.com/9ITeLFi3bq

If passed into law, the legislation would "allow humane transportation of K9 partners," including service dogs, accelerant-detection dogs and search-and-rescue dogs.

According to the proposed bill, "transport may be provided to a police dog only if the animal has been injured in the line of duty and no human needs transport or ambulance services.

"An EMS provider may provide care during transport including: (1) opening and manually maintaining an airway; (2) giving mouth to snout or mouth to barrier ventilation; (3) administering oxygen; (4) managing ventilation by mask; (5) controlling hemorrhage with direct pressure; (6) immobilizing fractures; (7) bandaging; or (8) administering naloxone hydrochloride, if administering the drug has been authorized by the medical director or cooperating physician advisory board of an emergency medical service organization and the drug is administered either in accordance with a written protocol established and provided by a veterinarian or pursuant to a consultation with a veterinarian."