The Ancient Order of Hibernians has launched a petition asking e-commerce giant Amazon to remove offensive Irish merchandise from its site. 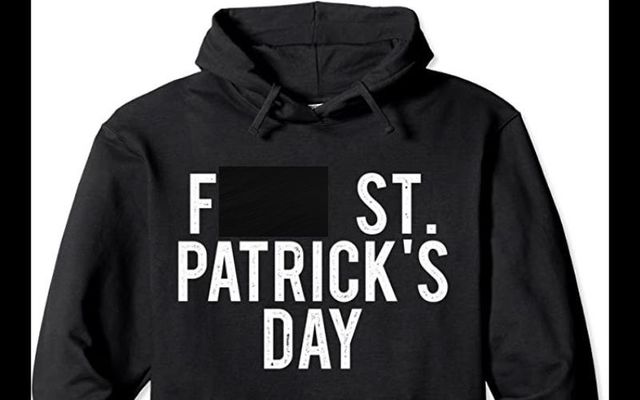 The Ancient Order of Hibernians has condemned Amazon for its continued sale of "F*** St. Patrick's Day" jumpers on its website.

The AOH, the largest Irish organization in the United States, blasted the e-commerce giants for "peddling prejudice for profit" ahead of St. Patrick's Day next month.

The group said that the merchandise "demeans and denigrates" Irish and Irish-American people and has launched an online petition asking Amazon to remove offensive Irish products. The petition has reached more than 8,000 signatures.

"In a year when the Irish American community is again being asked to forego their traditional St. Patrick's Day celebrations out of respect for the health and welfare of the broader population amidst the COVID-19 pandemic, we find the sale by Amazon of items with the phrase "F(expletive) St. Patrick's Day" inexcusably tone-deaf and insensitive," the groups said in a statement.

The group also criticized the sale of other offensive Irish phrases, including merchandise with phrases like "Drink Till You're Irish" or "Drunk today, Irish tomorrow".

"Another search on Amazon returns a list of 180 items with the phrase "Irish Girl Wasted" and "Yes, I'm an Irish Girl, I Speak Fluent Drunk. Is it not the definition of an oxymoron for Amazon to sell these demeaning items while simultaneously claiming to advocate for respect and empowerment for women in the tech industry?"

The AOH additionally accused Amazon of "diversity duplicity", pointing to the sale of hundreds of items with the phrase "F*** me I'm Irish".

The AOH said that there was precedent for Amazon removing offensive merchandise in the past and said that the Irish community should be afforded the same treatment.

"We ask why Amazon is deaf to the Irish American community's call for the basic courtesy of equal respect and colorblind when the target of the hateful stereotypes they are selling is green?"