"Families, particularly those who saw loved ones murdered by British crown forces, directly or in collusion with loyalists, were stonewalled in their search for justice." 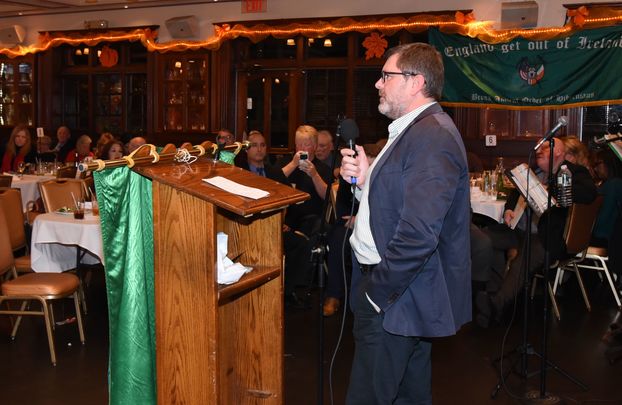 The Ancient Order of Hibernians has issued the following statement by National Freedom for All Ireland Chairman Martin Galvin:

"Hundreds of victims' families, fighting new British plans to cut off chances for legacy justice, will make a special live appeal for American support on a webinar hosted by Hibernians on Saturday, January 23. This special appeal to Irish Americans will climax a series of events, including a published open letter signed by hundreds of families, and political initiatives both north and south.

“Relatives for Justice Director Mark Thompson and selected victims' representatives will speak from Ireland, while America's oldest and largest Irish organization, the Ancient Order of Hibernians and Ladies Ancient Order of Hibernians, will co-host the virtual webinar broadcast, led by national presidents Danny O'Connell and Karen Keane. Leaders of other Irish American groups are being invited to participate in the webinar which will begin at 4 p.m. in Ireland, 11 a.m. eastern time.

"During the conflict there were thousands of killings, many in controversial circumstances. Families, particularly those who saw loved ones murdered by British crown forces, directly or in collusion with loyalists, were stonewalled in their search for justice. Some families have been fighting for truth about murdered loved ones for more than 50 years.

"In December 2014 the British government headed by David Cameron, and Irish government led by Enda Kenny entered the Stormont House Agreement, which offered bereaved families hope of legacy justice. The formal agreement, supported by the Stormont political parties, pledged four new legacy bodies, including a historical investigations unit, which could investigate almost  controversial conflict killings including those by British forces or collusion killings. It also proposed an independent commission on information retrieval, an oral history archive and an implementation and reconciliation group.

"On March 18, Boris Johnson's secretary Brandon Lewis announced that instead of keeping its pledges, Britain would have a commission review all cases and then close all cases unless there was new and compelling evidence. There would be no investigations to uncover any evidence, and victims' families fear the plan is an attempt to shut down any chances of getting the truth.

“Hibernians and other Irish American groups have been inspired by victims' families and supported their long campaigns. The Stormont House Agreement was a compromise built upon other legacy negotiations like the Eames-Bradley Report, or talks led by Americans Richard Haass and Megan O'Sullivan. Now Britain seems to poised to renege because it cares more about protecting British crown forces from investigations and possible prosecutions than it does about Irish justice."