Amnesty says investigation into Mother and Baby Homes is "shambolic"

Freedom of Information requests has revealed that a Northern Ireland government probe into allegations of abuse in Mother and Baby Homes and clerical child abuse is a failure. 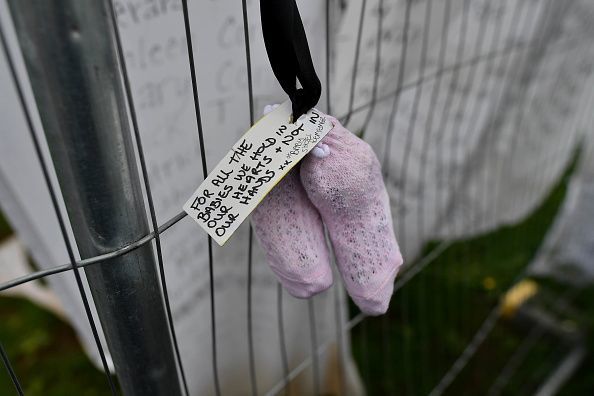 A vigil takes place at the site of the mass grave which contained the remains of 796 named babies from the Bon Secours Mother and Baby home on August 26, 2018, in Tuam, Ireland. Charles McQuillan/Getty Images

No meetings for over a year, no meetings with victims, and no research into clerical abuse are among the failings of a Northern Ireland probe into allegations of abuse in Mother and Baby Homes and clerical child abuse.

Amnesty International has branded a Northern Ireland government probe into allegations of abuse in Mother and Baby Homes and clerical child abuse as “shambolic,” as Freedom of Information requests reveal the full extent of the failings of the investigation.

No meetings for over a year, no meetings with victims, and no research into clerical abuse are among the problems with the investigation cited by Amnesty and the victim campaigners who are unhappy with the current process.

“As far back as 2012, Amnesty International and abuse victims asked the Executive to establish a proper inquiry into clerical child abuse and violations against women and children in Magdalene Laundry-type institutions,” stated Patrick Corrigan, Northern Ireland programme director of Amnesty International

“Instead, we have seen a series of half-baked initiatives which have repeatedly kicked the can down the road. 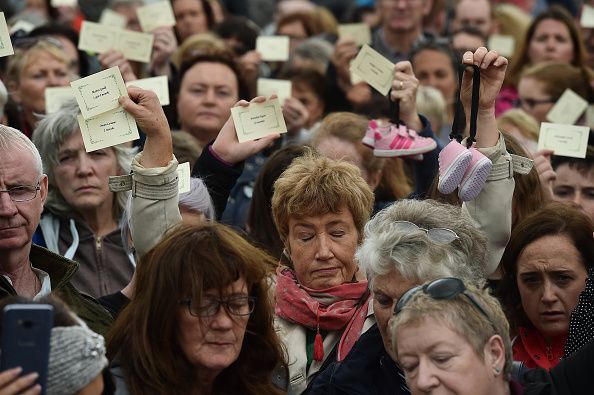 The names of the victims are read out as a vigil takes place at the site of the mass grave which contained the remains of 796 named babies from the Bon Secours Mother and Baby home on August 26, 2018, in Tuam, Ireland. (Photo by Charles McQuillan/Getty Images)

“The latest phase, overseen jointly by The Executive Office and the Department of Health, has been shambolic, with no meetings with victims, no meetings or even a Chairperson for the last year, and still no research commissioned into clerical abuse.

“Women from Mother and Baby homes in Northern Ireland have told Amnesty International that they suffered arbitrary detention, ill-treatment, and the forced adoption and trafficking of their babies,” Corrigan added.

“Countless child abuse victims have come forward to reveal their suffering at the hands of abusive clerics and gross failures by the church and state authorities.

“Such serious allegations of criminal activity must be matched with investigations with the necessary hallmarks of independence, effectiveness, and transparency. That is clearly not this process.”

The investigation is to have involved an Interdepartmental Working Group led jointly by The Executive Office and the Department of Health, agreed by the Northern Ireland Executive in October 2016.

'We have been asked to discover the reality that lies behind the sketchy historical evidence on mother and baby homes in Northern Ireland that can be found in the dusty paperwork left behind' - https://t.co/cJ6EiWdRmw

The working group, however, has not met not met since January 2018 while the post of group Chair has lain vacant since March 2018 when the last Chair, Norah Gibbons, resigned.

Since being established in March 2017, the group has yet to meet with abuse victims and the timetable for the investigation has repeatedly slipped.

The problems were revealed by Eunan Duffy, who was born in the Marianvale mother and baby home in Newry in 1968, and who filed several Freedom-of-Information requests.

Duffy was among those victims taken from his birth mother against her will, after only a few minutes of contact, and placed for adoption. He is now calling for a human rights-based, victim-centered investigation into alleged abuse which took place in the homes.

“Victims of human rights violations in Mother and Baby Homes and survivors of clerical child abuse have been fobbed off for years when we have asked for a proper investigation. Many of the victims are now aged and infirm, with time running out for truth and justice,” Duffy says.

“We have been betrayed by those being paid out of public funds to address these issues. For instance, clerical child abuse was supposed to be investigated simultaneously with Mother and Baby Homes, but at some point, it appears to have been abandoned. The Safeguarding Board was asked to do this in February 2016, but a subsequent review found it was not fit for purpose, and three years on, no-one else has been tasked with it.

Former residents of Magdalene laundries and mother and baby homes in Northern Ireland have been urged to take part in new research https://t.co/7BMxpPBvjJ pic.twitter.com/E55vM52snF

“We have now reached the farcical situation where two years after its establishment, the government’s own working group has still not met with victims and we are left to resort to Freedom of Information inquiries to find out what’s going on.

“We are now calling for a fresh approach, one where the victims are finally heard and one which is fit for purpose in investigating allegations of serious criminal wrong-doing.”