A documentary short “Mother & Baby” will be screened in New York and Boston this October, including a Q&A session with Tuam Mother and Baby Home survivor Peter Mulryan. 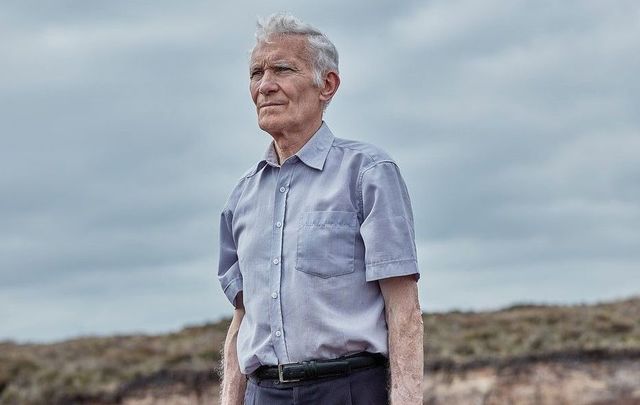 A documentary short “Mother & Baby” will be screened in New York and Boston this October, including a Q&A session with Tuam Mother and Baby Home survivor Peter Mulryan.

This short documentary is a poetic and psychological portrayal of survival. From 1904 to 1996 children of unwed mothers in Ireland were raised in Mother & Baby Homes, run by Catholic nuns. In these homes the child mortality rate was staggeringly high and a secret mass grave containing 796 infant remains was discovered in one of the homes. After many years of research, local woman Catherine Corless disclosed the story of the home in Tuam to the world.

For decades, Catholic Ireland locked it's children into institutions if they were conceived out of wedlock, punishment for their sinning mothers. Revealing the children's perspectives, and including powerful archive, this short documentary offers a painful yet cathartic insight into the cruel business of Mother and Baby Homes.

Read more: The 796 infants and children who died in the Tuam home

Revealing the children's perspectives, including powerful archive recordings, and portraying the discovery of 796 infant remains, this documentary offers a painful yet cathartic insight into the cruel business of Irish Mother & Baby Homes. “Mother & Baby” bears witness to three of the 35,000 Home Children, Peter Mulryan (who will be present at the NYC and Boston screenings), Pat and Carmel, who were forcibly separated from their mothers and eventually fostered out. The documentary also follows Catherine's work in bringing the truth to light.

“​This short documentary, funded by the Irish Film Board, brings us into the world of children who were taken from their unwed mothers, something which occurred on a nationwide scale in Ireland. Having spent time with Catherine Corless, the woman who uncovered the story and grew up beside the Tuam Home, I became interested in the emotional landscape of the children living in the home. As people who were stolen from their mothers and seen as outcasts by their peers and carers, I hoped to enter the inner world of those survivors during that time. Alongside this portrayal is Catherine’s story, that of a tireless woman who fought for years to give voice to those 796 children who passed away unceremoniously.”

Even though there has been significant national and international media coverage on the topic, there is a hunger from people to know more about the home, the personal stories and to navigate some kind of path towards healing.

The upcoming US screenings are as follows:

October 19 2018, at the Margaret Mead Film Festival, American Museum of Natural History, in New York at 4pm. Check out the Facebook event here.

October 23 2018, at the New York Irish Center, in Long Island City, Queens, at 6.45pm. Check out the Eventbrite page here and the Facebook event page here.

October 26 2018, at the Irish Cultural Centre of New England, in Canton, at 8pm. Check out the Facebook event here.