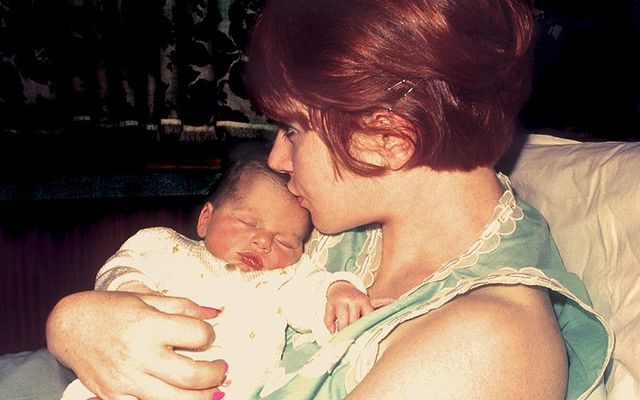 Reality of mother and baby homes revealed: “I know now that my daughter was adopted even though I never gave any consent to this.” iStock

"He was wrenched from my breast by one of the nuns whilst I was breastfeeding him and taken away for adoption." Over 100 people interviewed for new report about Mother and Baby homes in Ireland

A new report detailing the damage done by Irish Mother and Baby homes was published Monday morning in Ireland.

The new report has been in the works for the past three years and aims to “establish the truth of what happened to unmarried mothers and their children in 20th century Ireland.”

For the report, 164 people were interviewed, but only 77 gave statements.

“The difference between the number of witnesses and the number of completed statements is an indication of how challenging it is for people affected by closed, secret, forced adoption to speak of their experiences and to recount memories  and emotions which were in many cases, buried and/or not spoken of for many years,” says the report.

The report shares personal accounts of mothers who lived in the homes around Ireland, as well as the people who were adopted out of the homes.

Details of pregnant women being forced to work, lack of medical care for pregnant women and newborn children, illegal adoptions, adoptions without consent, and even medical experiments all paint a harrowing picture of life in Irish mother and baby homes.

Perhaps most tragic is the current difficulty of those affected by the mother and baby homes to access the personal records pertaining to their time in the homes.

Liam Herrick, executive director for Irish Council for Civil Liberties (ICCL), said, "The report provides compelling evidence that arbitrary detention, forced labor, forced and illegal adoption, and inhuman and degrading treatment occurred on a systematic basis throughout the network of institutions and agencies that were tasked by the State with ‘caring’ for unmarried families.”

"Most importantly, the Clann Report highlights that human rights violations are ongoing because people who suffered in the past are still being denied access to their own records and to the administrative records of the bodies involved in running the system.”

Nuns with mothers and babies at a Bon Secour home in Ireland.

"It is time for the State to do what is right and tell the truth,” said Dr. O’Rourke. “It is the first step in restoring dignity to people who have suffered, and in ensuring that these abuses never happen again."

Co-director Claire McGettrick said, “The administrative records held by the State and private bodies are being kept entirely secret. This is compounding the abuse suffered in the past.

"No other form of redress will be meaningful without first abandoning this insistence on secrecy and treating people with dignity."

The witness statements, which are anonymous, throughout the report show systemic abuse throughout Irish mother and baby homes.

“In early February 1968, when my baby boy was six-seven weeks old, he was wrenched from my breast by one of the nuns whilst I was breastfeeding him and taken away for adoption”. She makes clear that “[a]t no time did I give my consent to my son’s adoption."

“I know now that my daughter was adopted even though I never gave any consent to this.”

“I do not even know whether he was buried in a coffin. There was never even a kind or sympathetic [word] spoken to me”

Accounts of the medical care, or lack thereof, are staggering. Pregnant women received little to no medical care and were told that any pain they suffered was to atone for their sins.

“The medical care my mother received at the County Home was minimal at best. No medical doctor attended my birth, instead, it was overseen by nuns.”

“the only antenatal care we received was from one sister who took our blood pressure and carried out urine tests … birthing conditions at Bessborough were primitive and the girls were in agony after the birth.”

Compounded with the lack of medical care and compassion, the heavily pregnant women were forced to work heavy labor.

“We were made to work even if we were very ill, as I was. No excuses were ever accepted.”

“we were not allowed to stop when we felt tired. In the winter months, I had to polish and scrub the corridors. Other women were sent to work in the laundries. The work was especially difficult given that I and the other women were pregnant. I worked seven days a week every week until I went into labor.”

One witness recounts her time at Bessborough, where she was sent after being raped at 13 years old and becoming pregnant:

“I remember that it was very strange and lonely for me in Bessboro, I couldn't use my own name … or wear my own clothes. The other girls looked after me and helped me because I was so young and didn't know what was happening to me.”

Ultimately, the report makes a number of recommendations with the primary being “a new form of investigation that makes access to information its primary goal and is not limited to certain institutions.”

The other recommendations are a state apology; redress and reparations; the introduction of statutory rights and services; acknowledgment of responsibility by religious orders and church hierarchies; establishment of a dedicated unit to investigate specific criminal allegations, access to the courts, as well as memorialization.

The full report can be downloaded here.