Following a referendum in 2018, abortion became legal in Ireland on January 1, 2019. 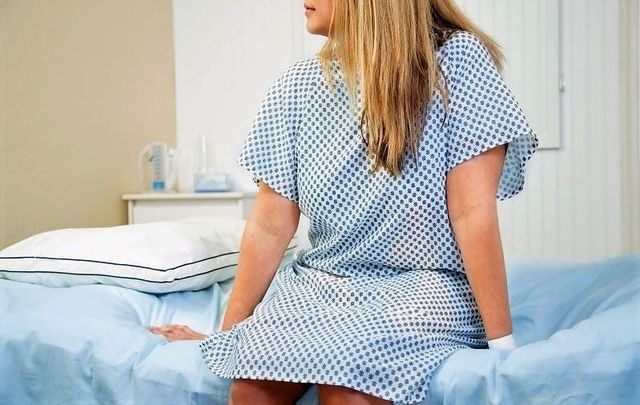 Ireland’s Department of Health published the data on Tuesday

More than 6,600 abortions were performed in the Republic of Ireland in 2019, the first year that abortion had become legal in Ireland following the repeal of the Eighth Amendment.

According to a report published on Tuesday, June 30 by Ireland’s Department of Health, 6,666 abortions were carried out in Ireland between January 1, 2019 and December 31, 2019.

The report notes that 67 women who received an abortion listed their residence as Northern Ireland, where abortion wasn’t made legal until October 2019.

In May 2018, the Republic of Ireland voted 66.4 percent to 33.6 percent to repeal the Eighth Amendment which prohibited access to abortion in the country.

Reaction to the Department of Health's abortion data

Amnesty International Ireland said in a statement on Tuesday that they “welcome the progress made for the 6,666 pregnant people who were able to access free, safe, and legal abortion care in this country.”

Colm O’Gorman, Executive Director of Amnesty International Ireland, said: "To go from a country that exiled women seeking abortions two years ago, to one that is caring for them at home is such an important step forward. There are some wide variations in the numbers across counties, though. The new government must ensure abortion services are available and accessible to all pregnant people in the state.”

“Healthcare providers have made this new abortion service happen, and we want to acknowledge the incredible work they have done to protect the rights of pregnant people in this country. The people of Ireland campaigned and change our Constitution. It is the people working within the health system who made it a reality.

“But some serious gaps remain in the legislation that are likely still forcing pregnant people to travel. One gap we previously highlighted is the high threshold of 'serious harm' to a pregnant person’s health under what should be a general health ground. Another is the lack of access in cases of severe non-fatal foetal impairment diagnoses.”

He added: “We know that women’s health and wellbeing are harmed when they have to travel for abortion, and people voted to end that very harm. With the three-year review of our abortion law coming soon, we call on the new government to identify and close all gaps to make sure we don’t have hundreds of people still being forced to travel.

“Some gaps in the law can’t wait until the three-year review process to close. One is the long-promised legislation to create safe zones around healthcare facilities. Peaceful protesting is a human right; intimidating or harassing people seeking healthcare is not.”

However, Maeve O’Hanlon, the spokesperson for the Pro-Life Campaign, said in a statement: “Those adopting an attitude to the latest figures of ‘nothing to see here, everything is fine and going to plan’ are downplaying the loss of life caused by the recent introduction of abortion here, as evidenced in today’s numbers.

“When you add today’s figure of 6,666 abortions to the 375 abortions on women from Ireland who travelled to England in the same period, the figure amounts to 7,041 in total. This compares with a figure of 2,879 for the full year of 2018.

“It’s the first time in 18 years that there has been an increase in the number of abortions and the first time in our history that thousands of innocent unborn babies have had their lives ended with the full backing of Irish law.

“Sure, we can avert our eyes from the truth of what is now legally sanctioned by continuing to dress it up with words like ‘choice’, but that won’t change in any way the profound injustice of what the new law permits.

“Before the law changed, GPs entered their surgeries with the sole intention of preserving life. But for many GPs, that has all changed as they now facilitate the taking of innocent human life as part of their daily work, in the full knowledge that it has nothing to do with genuine healthcare. GPs are paid €450 by the State for every abortion they perform, more than twice what they would typically receive for caring for a mother and her baby during pregnancy. This is the stark shocking reality of what is now permitted in Ireland, all in the name of progress. The mark of a truly progressive society is one that treats every human life as ‘someone’ with an inherent value, and not as ‘something’ devoid of value to be disregarded as someone else’s choice.

“Aside from a handful of TDs who have shown remarkable courage in speaking out, there will be no political accountability for what has happened. But as it starts to dawn on voters that they were misled every step of the way before the 2018 referendum, I believe attitudes will start to change. Developments like today’s heart-breaking figures will help propel that change.

“The public has had to endure years of cleverly choreographed campaigning for abortion led by some of our most senior politicians. Today we see the terrifying results of what they were pushing. Today, the reality has caught up with the lie that repeal would make Ireland a kinder, more gentle and compassionate country. The State-sponsored choreography of abortion needs to end immediately and give way to an open and honest debate, where the voices of those who regret their abortions and others are afforded the opportunity and space to be heard.”