Unlike the rest of the United Kingdom, Northern Ireland has a near blanket ban on abortion. 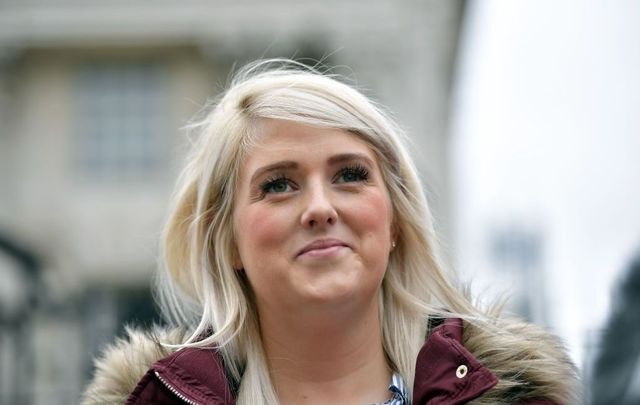 A Belfast High Court ruled on Thursday that the Northern Ireland abortion law is in breach of human rights.

Northern Ireland’s restrictive abortion laws currently mean an almost blanket ban on abortion even in the case of rape, incest or fatal fetal abnormalities. A high court in Belfast ruled against it this week, however, stating that the law breached the UK’s human rights commitments.

The decision was made by Mrs. Justice Siobhan Keegan following a case brought by 29-year-old  Sarah Ewart.

Ewart was denied an abortion in Northern Ireland in 2013 and forced to travel to London to procure a termination, despite the fact that a scan showed the fetus she was carrying would not survive outside of the womb.

Since her experience six years ago, Ewart has battled to change the law for other women.

We are delighted to see this result confirming what we already know: Northern Ireland's abortion laws are a violation of human rights. We would now hope that there will be no delay to the implementation of legislation on October 21st #TheNorthIsNow #FreeSafeLegalLocal https://t.co/W9Hn2JkacX

Justice Keegan told the court that Ewart had given compelling testimony on the “horror” she was forced to go through in traveling to England to end her pregnancy.

“She has been affected by the current law in that she has had to travel to seek an abortion in desperate circumstances. In addition, she runs the risk of being directly affected again by the current legal impositions given that she is at risk of a baby having a fatal fetal abnormality.

“She has had to modify her behavior in that she could not have medical treatment in Northern Ireland due to the risk of criminal prosecution,” Keegan added, stating that other women should not face the same “trauma and pain.”

"Today's ruling is a vindication of all those women who have fought tirelessly to ensure that we never again have to go through what I did in 2013,” Ewart said following the ruling.

Justice Keegan is yet to make a formal declaration of incompatibility because recent legislation passed in Westminister is set to decriminalize abortion in Northern Ireland if no devolved government is reestablished by October 21.

‘This must be the last time a woman is put through the agonising court process because she needs access to a healthcare service that is freely available elsewhere’ – Sarah Ewart
https://t.co/Ysqtopf1P6

Northern Ireland is set to begin legalizing both same-sex marriage and abortion if a new government is not put in place by October 21. The chances of a return to Stormont by then are considered very slim.

Both amendments were introduced with the caveat that they will be implemented only if Northern Ireland still doesn’t have an operational government by October 21. Ever since the power-sharing between the Democratic Unionist Party (DUP) and Sinn Fein collapsed in early 2017, the region has not had a functioning government.

Do you think abortion should be decriminalized in Northern Ireland? Let us know in the comments section, below.