Here is where Irish politicians are traveling to for St. Patrick's Day this year

More than 30 Irish politicians, including the Taoiseach and Tanaiste, will travel abroad for St. Patrick's Day, with one of the aims being to "reconnect and strengthen relationships." 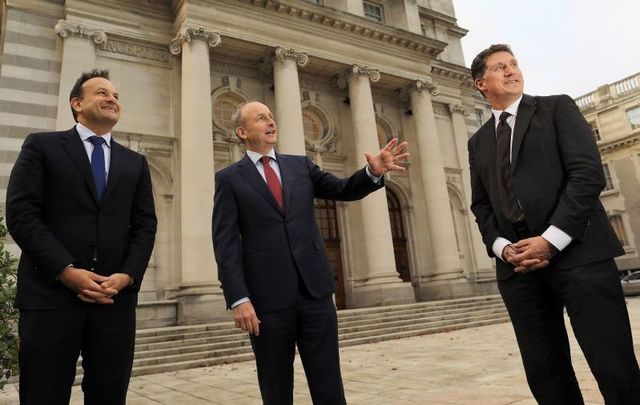 The Government of Ireland has announced its 2022 St. Patrick's Day programme which will see the Taoiseach, Tánaiste, and Government Ministers travel to promote Ireland and Irish interests around the world.

Ireland's Department of Foreign Affairs said in a statement: "In-person Ministerial level visits were possible only in a very limited way in 2020 and not at all in 2021. This year’s St. Patrick’s Day programme will see a promotional programme of 33 high-level visits abroad which will take place in line with local Covid-19 public health guidelines.

"The central message of this year’s St. Patrick’s Day is that Ireland is reopening, and the international programme will focus on the theme of Rebuilding Connections & Supporting Communities across the globe.

"St. Patrick’s Day is the primary flagship for realizing the ambition of the Government’s ‘Global Ireland’ programme to promote Ireland as a great place to live, visit, work, study, and invest, with an integrated, all of Government, Team Ireland approach.

"In this centenary year of the foundation of the State, and as Ireland marks the fiftieth anniversary of accession to the EEC, Ministers will underline Ireland’s commitment to the European Union, reinforce Ireland’s commitment to protecting the hard-won peace in Northern Ireland, and celebrate our heritage and renew our links with our global Diaspora and business leaders.

"The hugely successful ‘Global Greening’ initiative will continue this year, with over 600 iconic landmark buildings around the world planned to be lit up green to celebrate St. Patrick’s Day."

The Department shared its objectives for its St. Patrick's Day 2022 programme:

Where in-person events are not possible due to the pandemic, Ireland’s network of Diplomatic missions will host a series of online community, business and cultural events. This will include country-specific ‘virtual receptions’ that will be broadcast on St. Patrick’s Day.

A St. Patrick’s Day Hub 2022 will be set up on an enhanced Ireland.ie website, making available in one place content that will highlight St. Patrick’s Day schedules, and signpost visitors to the websites and information across the Government system.

The following visits will take place as part of the St. Patrick’s Day programmme: