A co-worker of Thomas Martens, a former FBI agent standing trial for the murder on Limerick man Jason Corbett, claims the accused “hated” his daughter’s husband. 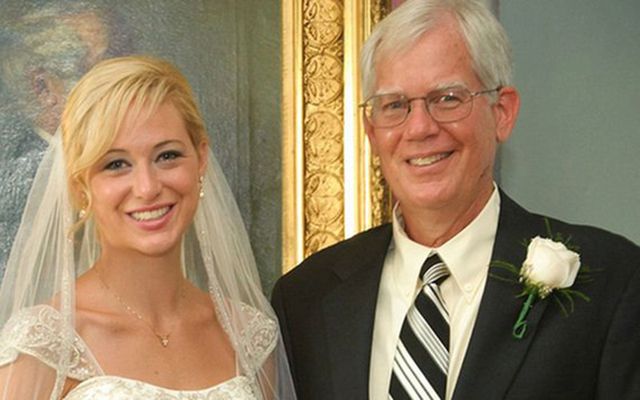 Thomas Martens (right) is said to have "hated" his son-in-law Jason Corbett. He and his daughter, Molly (left), are currently standing trial for the second-degree murder of the Limerick man.

The Jason Corbett murder trial in North Carolina has heard evidence from the co-worker of accused Thomas Martens that he openly admitted to disliking his Co. Limerick-born son-in law.

Corbett’s wife Molly Martens Corbett and her father Thomas, a former FBI agent, are currently standing trial in Davidson County, North Carolina for the 39-year-old Irishman’s murder in August 2015. Both have pleaded not guilty to the second-degree murder charge, claiming self-defense and defense of another.

As the second week of the Martens’ murder trial begins, the jury and judge heard from a colleague of 67-year-old Thomas Martens who claimed to have heard the accused express that he felt “hate” towards Corbett.

JoAnn Lowry worked with Martens in the counterintelligence department of the Department of Energy in the Martens’ native Tennessee, telling the court that she heard him say of a weekend visit in 2015 from his daughter, son-in-law and step-grandchildren, "we're always glad to see them come home, but we're also glad to see them leave." The visit is believed to have taken place just two months before Corbett’s death.

Lowry claims Martens continued to say, "that son-in-law, I hate him” and that he showed disdain towards the Irishman following the pair’s marriage in 2011.

“(Martens) was not very fond of Jason and his rowdy friends”, Lowry said.

Full Transcript of 911 call made by Molly and Thomas Martens https://t.co/1Plz4drxrF pic.twitter.com/qIa59eMeqW

The defence has argued that Lowry’s statement should be disallowed as it does not pertain to both defendants. Judge David Lee advised the jury, however, that this testimony should have no bearing on the verdict on 33-year-old Molly Martens Corbett’s culpability.

The Martens stand accused of murdering Jason Corbett on the night of August 2, 2015, in his North Carolina home striking him over 12 times with a baseball bat and a paving stone. Thomas Martens claims that the actions were taken in self-defense when he came across Corbett strangling Molly, the Limer man’s second wife who formerly worked as a nanny to his two children for a previous marriage.

Doubt has been cast on that claim, however, by investigators who believe that Corbett has plans to return to Ireland with his two children Jack and Sarah Corbett, leaving Molly. Martens is believed to have looked into the possibility of adopting the children and divorcing her husband in the months before his death.

Previous to this, testimony has been heard from emergency responders who answered the call to an assault on August 2 as well as a neighbor of the Corbett’s who claims he saw no injuries on Martens when she came to his house after the event.

On Monday afternoon, a DNA analyst delivered evidence to the trial in which he revealed that no fingerprints had been found on the baseball bat used on the murder.

Wendell Ivory from the state crime lab told the court he conclusively found Jason Corbett’s DNA on the aluminum bat, the cement paver ,and on all but one of the hairs from the cement paver.

The trial continues into its second week.