Jason Corbett was killed in August 2015 and the trial of his alleged killers – his wife and father-in-law – is finally under way. 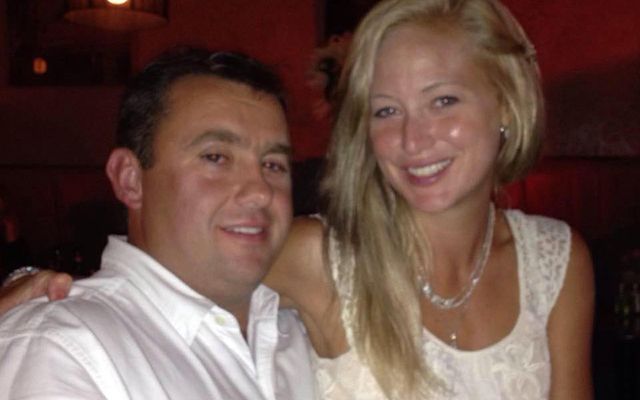 A jury has been chosen for the upcoming murder trial in the death of Limerick man Jason Corbett, who was killed in North Carolina on August 2, 2015.

Corbett’s widow, Molly Martens Corbett, and her father, former FBI agent Thomas Martens, are accused of his second-degree murder to which they have pleaded not guilty. The deceased has been accused of violent abuse of his wife.

Corbett's had two children from his first marriage, Sarah and Jack. A motion filed in Davidson County Superior Court last year alleged that the children had "told social workers and a therapist that their father physically abused their stepmother," according to a report in the Winston-Salem Journal.

Sarah allegedly said that her father "stepped on Molly Corbett’s foot, pulled her hair, rolled over her foot with a car, and called her worthless and hit her in the face." Jack told social workers that he saw his father “punch, hit and push” Molly Martens Corbett and saw him push her down one time because “he wanted to look through her phone,” the motion says.

Corbett’s first wife in Ireland, Margaret FitzPatrick Corbett, died of a severe asthma attack. David Freedman and Jones Byrd, attorneys for the Martens, filed a notice of intent to introduce statements that Michael Fitzpatrick, Margaret Corbett's father, had made.

So far, three men and nine women have been picked for the jury – whittled down from a jury pool of 140 – and once two substitutes have been found the trial can start.

Jason Corbett (39) was a manager at Multi Packaging Solutions at the time of his death.

His death occurred in the early morning hours of Aug. 2, 2015, at his house at 160 Panther Creek Court in the Meadowlands, a golf course community in Davidson County. According to police reports, he was struck with a baseball bat and a paving stone.

The trial is expected to last between two and three weeks, but the accused are worried they won’t receive a fair trial in Davidson County, NC due to the avalanche of media coverage relating to the case. More than 350 articles have been written about the killing, their attorneys said, some of which had been inaccurate and, therefore, had jeopardized their right to a fair trial.

Their concerns, however, were dismissed last month by Davidson Superior Court Judge David Lee who said, “There is no showing of prejudice in the investigation or proceedings… to preclude selection of a jury.”

A wrongful death suit seeking $50,000 worth of damages was filed yesterday by David Lynch, the executor of Corbett’s will, against the pair, who claim they bludgeoned the Limerick man to death in self-defense.

Martens says he found his son-in-law choking Molly Corbett and struck him with a baseball bat he’d brought to the house as a present for his step-grandson.

Sharon Martens has not been charged with any criminal offense in relation to Jason Corbett’s death.

Jason Corbett’s first wife, Margaret, died in 2006 of an asthma attack. He met his future wife, Molly, in 2008 when he hired her as a nanny to look after his two children. Three years later they were married. Initially they lived in Ireland but later relocated to North Carolina.

After Corbett's’ death a protracted custody battle for the care of his two children was waged between his widow and his sister, Tracey, and her husband, David. The judge awarded custody to the aunt and uncle and the children have returned to Ireland to live with their extended family.