One juror is forced to leave the court as she begins to retch when murdered Jason Corbett’s injuries are shown to the court. 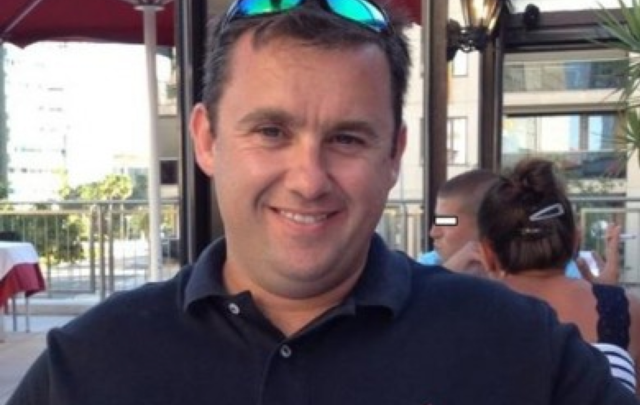 One juror became ill and was forced to leave the courtroom on Wednesday as the gruesome details of the injuries sustained by murdered Limerick man Jason Corbett were explained to the jury at the trial of his wife and father-in-law.

Corbett’s wife, Molly Martens Corbett, 33, and her father, former FBI-agent Thomas Martens, 67, are charged with second-degree murder for battering the 39-year-old to death with a baseball bat and a pavement stone on August 2, 2015. They have both pleaded not guilty, claiming self-defense and defense of another.

On the tenth day of the trial yesterday the 13 jurors heard details of the autopsy that showed the father-of-two's skull was so badly damaged in the incident that parts came away once the scalp was removed.

Chief Medical Examiner Dr. Craig Nelson, who performed the autopsy, compared the injuries sustained by the Irishman to those sustained by a person who'd been in a car crash or fell from a tall building. The pathologist could not say for certain how many times Corbett was struck but judged it to have been at least twelve. The damage caused to some areas of the skull led him to believe that it had been struck several more times while he stated that blows were struck after the Limerick man’s heart had stopped.

A female juror was forced to leave the courtroom when images of the injuries were shown during the description. The juror later returned to the court and is expected to remain on the jury.

The jury saw photos from the autopsy. One juror got sick and had to step out. Court now in short recess.

The officer who responded to the scene, Davidson County Sheriff’s Corporal C.S. Dagenhardt, also testified on Wednesday, explaining how he found Corbett's bloody, naked body in the master bedroom of his North Carolina home on August 2, 2015.

Dagenhardt had initially believed he was arriving at the scene of a cardiac arrest. He didn't know that the incident had been upgraded to an assault after he was dispatched. The officer immediately noticed the amount of blood on the walls and on the floor of the hallway and bedroom. Martens was performing CPR on Corbett when Dagenhardt arrived, assisted by the operator on the 911 call.

Sergeant Barry Alphin, a paramedic who arrived at the call, also believed he was arriving at the scene of a cardiac arrest when he found Martens performing CPR on the bloody body in the bedroom with just a lamp for light.

"You don't expect to see that much blood", he said, adding that Mr. Corbett showed no signs of life at any point at the scene.

Dagenhardt and another officer went to find Corbett’s two children who were sleeping in bedrooms nearby. Jack and Sarah, both aged under 10, were Corbett's children from his first marriage. His wife died of a severe asthma attack in 2006. Martens met Corbett in 2008 when she moved from her native Tennessee to work as an au pair for the children. The couple started a relationship soon after and married in 2010 before moving to North Carolina in 2011.

The police officers found the children asleep and waking them, warned them to cover their eyes and to bury their heads so that they would not see their father’s blood as they walked them down the stairs. The officers brought the children to the basement where they found Thomas Martens’ wife Sharon who they described as being calm. They were asked to remain in the basement while Molly and her father were asked by police to remain outside of the house.

David Dillard, a former deputy with the Davidson County Sheriff's Office, confirmed he escorted Martens in her pajamas to his patrol car while she was making “crying noises” but he did not see her cry. He observed she was rubbing the side of her neck before she was allowed to go to a neighbor and friend’s house next door.

The neighbor, David Fritzsche, told the court he considered Corbett a friend and had not noticed any change in him when they enjoyed beers together a few hours earlier. He testified that he did not notice any injuries to Martens when she arrived at his house.

Later, around 5:30 am, Molly Corbett was brought to his house by an officer. The neighbor said she appeared upset. He saw no injuries

Audience can see photos of Molly Corbett. Officer doesn't note any injuries on her

The first paramedic who arrived at the scene testified that Martens was performing CPR when they arrived and due to the lack of light in the bedroom, they quickly requested that he be moved to the back of an ambulance where they could continue attempts to resuscitate him.

Several emergency responders worked on Corbett in the back of the ambulance with two commenting on the coldness of his body while one spoke of how his hand slipped inside the victim's skull when he attempted to raise the head to insert a tube.

The presence of a sleeping pill in Corbett’s system was also much discussed in the two days of the trial, with traces of Trazodone, a sleeping pill prescribed to Molly Martens, being found in his system.

Dr. Russell Patterson, a pharmacologist who assisted in performing the tests on his body, stated that the drug was below the therapeutic level, however, i.e, below the level where it would have its intended effect.

On Tuesday in court, a nursing practitioner confirmed that a few days before Corbett’s death the antidepressant, often used to treat sleep problems, was prescribed to Martens to deal with problems sleeping because of soreness in her foot.

The trial continues today and is expected to last two to three weeks in total.