Molly Martens and her father are charged with bludgeoning Jason Corbett to death with a baseball bat. 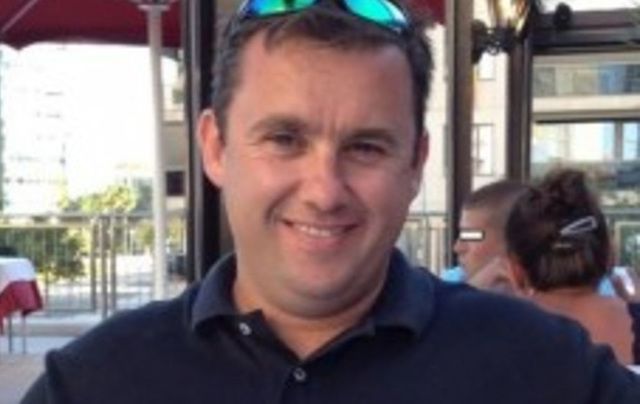 Molly Martens is to stand trial for second degree murder and voluntary manslaughter of her husband on July 17, 2016. The widow of Limerick man Jason Corbett along with her father, a retired FBI agent, are alleged to have bludgeoned him to death on August 2, 2015.

Martens and her father Thomas have claimed they acted out of self-defense.

Martens’ 65-year-old mother called 911 at 3am from the couple’s home in Davidson County, NC. “My daughter’s husband, my son-in-law, got in a fight with my daughter. I intervened and I think… he’s in bad shape. We need help,” she told them.

Thomas Martens picked up the phone and told emergency operators, “He’s bleeding all over and I may have killed him… He was choking my daughter, he said: ‘I’m going to kill her.’”

Molly Martens and her father, Thomas, on her wedding day.

The 911 call lasted a total of 14 minutes during which time Martens was given instructions on how best to revive his son-in-law before an ambulance arrived. But their efforts failed and by the time police and paramedics arrived at the suburban home Corbett had died.

The subsequent autopsy concluded that the cause of death was “multiple lacerations, abrasions, and contusions of the head… extensive skull fractures” and hemorrhages from “other blunt force injuries: scattered abrasions and contusions of torso and extremities.”

Thomas Martens said he been in the guest bedroom in the couple’s basement when a noise emanating from the master bedroom woke him. Martens picked up a baseball bat and hurried to investigate.

He described finding his son-in-law Jason strangling his daughter Molly and Martens responded, striking Corbett multiple times around the head with the baseball bat. Later he would describe it as a “Donnybrook fight.”

The local police department, however, has disputed this version of events. Detective B.M. Smith applied to the court for a search warrant for the couple’s family home on the grounds that, “Throughout my law enforcement career, I have been in several of what would be described as ‘uncontrolled fights.’ In my opinion, the struggle described was not consistent with the evidence at the scene, particularly the master bedroom,” he wrote.

What they found suspicious was that the Martens had “suddenly” changed their plans to visit the Corbett family home – which the police considered “unusual” in the circumstances.

They also queried Martens' account of how he came to be in possession of a baseball bat that night. Martens said he had brought it with him as a gift for his 11-year-old step-grandson Jack, but court documents say the child told a counsellor the previous summer Martens had already gifted him one – something photographs are said to corroborate.

“I have probable cause to believe that the baseball bat used to assault Jason Paul Corbett may have come from the sports equipment bag used by Jack Corbett and stored in the garage,” Detective Lt WS Thompson noted.

Police first filed for a search warrant in September 2015 – about a month after Jason Corbett’s death. After trawling through all three of the Martens’ bank accounts, social media profiles, e-mail exchanges and phone records the police learned that Molly Martens was concerned that Corbett was about to return to his native Limerick with her two stepchildren, Jack and Sarah.

The Ireland trip was allegedly for the purpose of moving him and his minor (young) children back to his native homeland permanently,” Detective Lt WS Thompson informed the court.

“Additional information received from business partners of Jason Corbett indicated that in preparation for that trip, Jason Corbett allegedly discussed transferring some of his financial assets ... to his home bank in Ireland.

“Investigators also learned from members of the Corbett family that Jason Corbett was possibly concerned about the spending habits of his American wife, Molly Martens Corbett. Both issues were allegedly a source of conflict between the couple,” he concluded.

The court application also outlined what it called Corbett’s “alleged comfortable financial status” which it added could be considered, “additional possible motive for his untimely death.” It noted that since Corbett’s death “large sums of money have been removed from some of his bank accounts that he shares jointly with Molly Martens Corbett.”

Meanwhile, a bitter custody battle was raging between Molly Martens and her in-laws for custody of Jack and Sarah.

Corbett’s will – drawn up prior to his marriage to the couple’s marriage – named his sister Tracey Lynch and her husband David as Jack and Sarah’s guardians in the event of anything happening to him. The children’s mother, Margaret, passed away in 2006 and their father originally hired Molly Martens as an au pair prior to their marriage in 2011.

The battle for custody was vicious. Lynch told the courts that Martens' behavior was “volatile,” detailing how on one occasion she wanted to punish Jack after he mischievously splashed her with water.

“She yanked him up under her arm and with some force brought him into the kitchen. And she turned on the faucet... and put him under the tap where the water was running over his face,” Tracey Lynch told the court.

“Jason ran in to try and intervene and Molly pushed him away. We were all shouting at her to stop. And she was shouting: ‘Now you’ll think twice about splashing water on me.’”

Furthermore, Martens insisted the children call her ‘mom’, something Jack was said to be uncomfortable with and was “punished for resisting.”

“There was regular conflict and Molly was very erratic in terms of she would lose control quite quickly and equally be very calm in a short period. It was very distressing. It was disconcerting,” Lynch continued.

Martens hit back, calling the allegations “lies” and “slander” to boot.

Ultimately, Clerk of North Carolina’s Superior Court Brian Shipwash ruled that custody should be awarded to the Lynch family.

“Jack and Sarah Corbett are citizens of Ireland. If the fact pattern were just the opposite and they were United States citizens, I would want to bring these children back to the US, where the extended family would be waiting to embrace them,” he explained in his ruling.

“The parents of Sarah and Jack, I am almost certain, would want their children to be raised in the land of their origin, where the culture, religion, customs and their extended family on both sides are prepared to nurture them in a manner that would be in the children’s best interest,” Shipwash said.

“David and Tracey Lynch have maintained an ongoing relationship with the children and have a suitable home and familial support to give the minors a nurturing environment to deal with the deaths of both their parents and maintain the Irish culture and heritage in a manner consistent with their natural parents,” he said.

“They have already arranged schooling and counselling for them in anticipation of their return to Ireland.”

The custody battle cost the Lynch family close to $140,000 in legal fees, forcing them to fundraise locally in Limerick to raise the cash.

Martens was reportedly inconsolable and two weeks after the judge’s ruling gave a controversial interview on Sarah’s birthday to an Irish radio station, telling listeners, “I am distraught, they are my children. It seems like anyone who has children would understand the pain that I’m in, not having seen or spoken to or held my children in two and a half weeks.

“These children, that I have raised for eight years, have called me ‘Mom’ for almost all of that time. I wanted to tell my daughter, my sunshine, that ‘I love you, I love you so much with all my heart.’”

The interview lead to a sizeable number of complaints from listeners.

Now, with a trial date fixed, the family is relieved that the trial is going ahead. They had previously been concerned that delays would lead to the dismissal of the case. “The wheels of justice turn slowly, but grind exceedingly fine,” they said in a statement.