Three U.S.-based supporters of the monastery campaign will receive the Spirit of Kylemore award during the event. 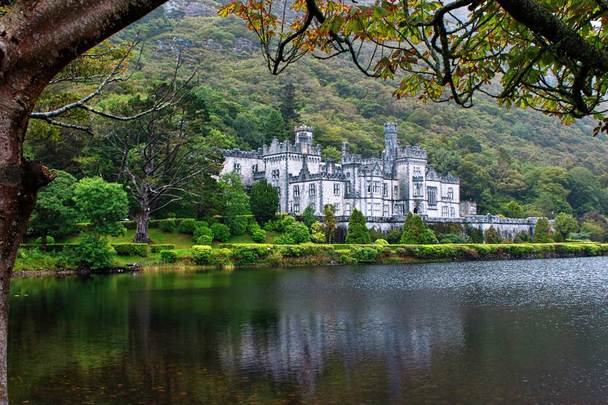 The inaugural Kylemore Abbey gala, which will pay tribute to the 100-year anniversary of the Benedictine community and raise funds for a new monastery in County Galway, will take place virtually on Wednesday, April 28 at 7 p.m.

Three U.S.-based supporters of the monastery campaign will receive the Spirit of Kylemore award during the event.

Barbara Jones is a partner at Bracewell, LLP in New York, and is a former federal prosecutor and federal judge.

Jones was nominated by President Bill Clinton in 1995 to serve as a district court judge in the U.S. District Court for the Southern District of New York. During her 16 years on the bench she presided over a range of high-profile cases.

Following her career on the bench, she has been appointed by the government and federal courts to conduct monitorships and special master assignments in a number of high-profile matters, including a federal monitorship in connection with the merger of three major telecommunications companies, an appointment to serve as the special master to conduct the privilege review of documents seized from President Trump’s former lawyer Michael Cohen, and an appointment as independent compliance auditor for the Archdiocese of New York.

From 1990 to 2001, Horan served as president and chief executive officer of Our Lady of Mercy Healthcare System in the Bronx.

Also speaking during the virtual event are Cardinal Timothy Dolan and Ireland’s Ambassador to the U.S. Dan Mulhall.

A history of Kylemore Abbey

Kylemore Abbey in Connemara, Co. Galway is a Benedictine monastery and one of Ireland’s most iconic landmarks.  Built in 1868, it has been home to the Benedictine nuns since 1920 when their monastery in Ypres, Belgium was destroyed in World War I.

Over the past century, the Benedictine nuns established a prestigious girls’ boarding school, restored the Gothic Church and Victorian Walled Gardens, and developed artisan enterprises.

The alumnae population lives all over the world including the New York area, and they have stayed in touch with the nuns. Three alums are involved with the virtual gala.

Monastic life is at the heart of Kylemore.  The nuns live devoted to the Rule of St. Benedict through “ora et labora” -- prayer and work.

For years they have lived and worshiped in dispersed locations across the estate.  Now their growing community needs a place to develop in monastic life together.

In 2019 the nuns embarked on the most important project in their 400-year history, a purpose-built monastery including a retreat center for visitors and pilgrims.  Construction started in September 2019 and was due for completion December 2020.

Covid-19 has seriously delayed the project, but the Kylemore Trust remains committed to delivery of the new building.  The nuns are growing their order and now number at 12.

Led by former Dean John Feerick, Fordham Law alumni and friends restored the former ballroom of the castle into the Fordham Law Great Hall.  In 2015 Kylemore created a partnership with the University of Notre Dame for students and faculty at the Notre Dame Kylemore Abbey Global Center.

All funds raised by the gala will go to the monastery campaign.  For ticket information, contact Mary Reed at 914-420-3517 or email mary.reed@kylemoreabbey.com. Find out more here www.irishap.org.