Tolu Ibikunle and her friends have gone viral with their distinctly Dublin take on the TikTok accent challenge. 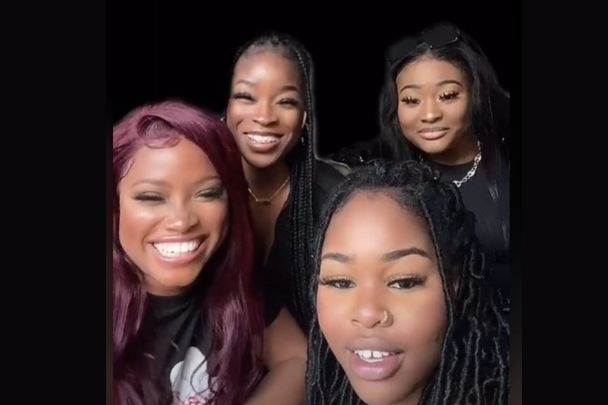 The video has more than 147k views on TikTok TikTok: tolu_ibixx

Four women from Dublin have become Irish internet sensations after showcasing their attempt at the accent challenge.

20-year-old Tolu Ibikunle, her friends Susan, Tejiri, and Okefe tried their hand at the challenge and surprised social media users by 'attempting' to speak Dublin slang.

The TikTok trend has different versions, such as comparing how people with different accents say the same words, usually leading to some interesting and pretty funny results.

Another form of the trend is filming yourself attempting slang that you’re not familiar with from other countries which is what Tolu and her friends did.

They had a selection of common and well-loved Dublin phrases such as “g'wan you mad thing” (usually said to give encouragement) and the expression “absolute state of you” (when someone looks unkept).

The friends decided to take the challenge under the ruse of having a strong Nigerian accent and then surprising viewers when their real Dublin accents are revealed.

The video has over 150k views on Tolu’s TikTok and has also been shared numerous amount of times online.

Speaking to Independent.ie Tolu said, "We wanted to make it (the challenge) a bit different by using the two accents that we have, which are Nigerian and Irish.

"I was born in Nigeria and my parents are from there, but I moved to Ireland when I was a year old. The other girls were all born here, and their parents are Nigerian."

Viewers online have been praising the friends for their impeccable comedic timing and Tolu says that they are, "just happy to know that we were able to put a smile on people’s faces!"