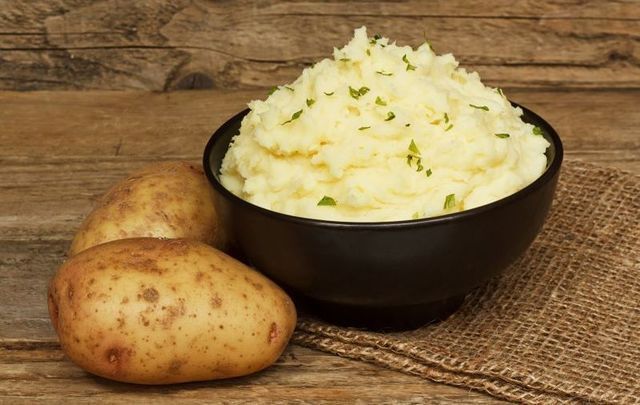 Would you try mashed potatoes made out of potato chips? Getty

TikTok user Starley N Reed has committed a crime against nature by making mashed potatoes out of a packet of potato chips.

Starley Reed went viral on the video-sharing app after she posted a short video documenting how she substituted potato chips for actual potatoes when making the staple side dish.

The clip has been viewed more than 12.4 million times and has received more than 1.5 million likes and 37,000 comments.

Reed documented her outlandish recipe step-by-step, first boiling a bag of salted Lays potato chips for five minutes until they dissolved into mush.

Next, she added butter, milk, cheese, and a variety of spices to the mix before stirring the concoction together:

Reply to @bigjessxxxx PART TWO, sorry y’all , I was at work!!

A number of people unsurprisingly voiced their disapproval in the comment section.

"What's something that looks illegal, but isn't illegal?" said another user.

Other TikTok users pointed out that Reed was adding salt to salted potato chips, resulting in an unhealthy amount of salt in the dish.

"You've added salt to the saltiest chip ever made," one person pointed out.

However, others were tempted by Reed's bold recipe and said that they were keen to try it.

"I'm mad at myself because I want to try it," one TikTok user admitted, while another said that she "did something here".

What do you think of Reed's recipe? We'll certainly be sticking to potatoes in our meals!