The Dude abides! How perfect is this flavor combination? You're welcome. 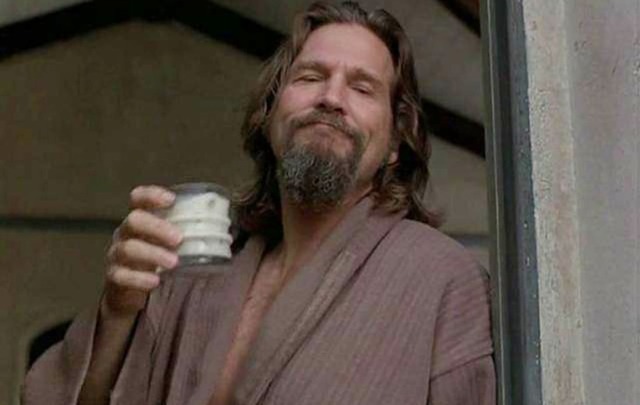 The Dude abides! Jeff Bridges in the Big Lebowski drinking a White Russian.

“Hey, careful, man, there’s a beverage here!” Fans of Jeff Bridges cult-classic movie will know all about the milky cocktail, the White Russian, but have you ever considered making it Irish? No, not Irish whiskey... Irish cream!

Creamy, rich, and a satisfying after-dinner drink we're big fans of White Russians, usually made with vodka, coffee liqueur, and light cream but what about using Bailey's Irish cream!

In the Coen brothers' cult-comedy, The Big Lebowski (1998), starring Jeff Bridges among other stars, the cocktail White Russian features heavily. The Dude (Bridges' character) is almost constantly supping on this cocktail, a one-stop-shop of alcohol, sugar, caffeine, and milk fat.

The cocktail garner much popularity after the movies received cult status and let's be honest... "The Dude abides!"

Why not make your White Russian a little more Irish (always a good thing) and include a little Baileys! Baileys Irish cream is an Irish cream liqueur, an alcoholic drink flavored with cream, cocoa, and Irish whiskey. How perfect does this sound for a White Russian.