There's something about Irish cream (that’s Baileys to you and me) that just makes us grin with merriment! 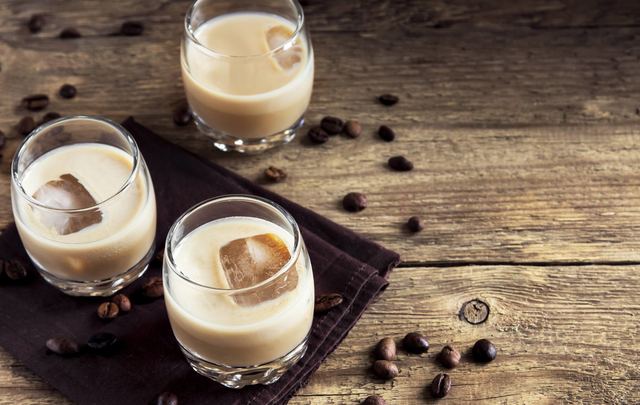 Want to show off? How about making your own Irish cream liqueur!

Irish cream is a cream liqueur based on Irish whiskey, cream, and other flavorings. It typically has an ABV (alcohol by volume) level of 15 to 20 percent and is served on its own or in mixed drinks, most commonly Irish coffee.

Its largest markets are the United Kingdom, Canada, and the United States. It is not a traditional Irish product, as the first version of it, Baileys, was invented by a creative agency working for International Distillers & Vintners's Dublin office in 1973. However, within the European Union, Irish cream is a protected geographical indicator product that must be produced in Ireland.

While most of us know Irish cream by its most famous brand name, Baileys, we were just tickled pink to see how easy it is to make your own. The great thing about making your own Irish cream is that you can tweak the recipe to your taste.

Combine all the ingredients in a blender. Blend. Then store in an airtight container.

Irish cream can be served on its own, on the rocks, or as an alcoholic substitute for milk/cream and sugar in a hot coffee (sometimes with whipped cream added on top).