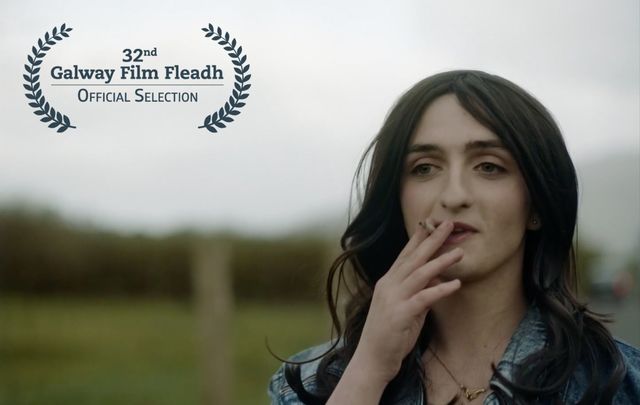 The Craic Fest, in conjunction with the Irish Film Institute and the Dublin based GAZE film festival will present a program of ten new Irish LGBT short films on June 12 at the New York Irish Center (NYIC) with a run time of over 90 minutes in total.

A small reception is also planned for after the screening at the NYIC. Limited seating for this event will be offered at $10 per ticket and the event is funded by the Department of  Cultural Affairs and Speaker Corey Johnson.

Short films to be screened include 'Outside the Box' by director Janet Grainger asks who do we see when we look at people? Do we put people in boxes to make it easier for ourselves to comprehend? By doing that do we also feel the need to place ourselves in a box restricting our own true potential? Outside the Box is an explorative animated documentary that looks at how we perceive people in the LGBTQI community and in turn how they look at themselves.

The short film 'Kelly' by director Solene Guichard explores what happens when Kelly (Jamie O'Herlihy) comes back to her childhood house after many years abroad to help her sister tidy for the estate agent. The tension is tangible as Andrea (Lucy McConnell) still hasn’t come to terms with who her big brother, Dylan, has become. Amongst pictures of Dylan and objects that trigger moments long lost, Kelly and Andrea need to clear things up to start anew.

The short film 'A White Horse' by director Shaun O’Connor is set in Ireland in the 1970s where a young girl is trying to escape from a mental hospital where doctors are trying to “cure” her lesbianism. O'Connor reminds us how close in time we are to an era when such barbaric practices were widespread. His film lifts the rock on abuses and horrors that some would prefer us to forget.

'The Calamus Emotion' by director Stiofan O’Ceallaigh marries incantations, time travel and the poetry of Walt Whitman into a visually arresting experimental work.

'Coming Home' by director: Laura Mannix introduces us to Devin, who has had a poor relationship with her father since she was 16. Now 26, she returns home from work one evening to the news of her father's death. Determined to get some closure, she travels back to her childhood home for the wake, a place she hasn’t set foot in for 10 years. But once there she has to wrestle with an onslaught of memories, good and bad. Is forgiveness always the way forward, the film asks?

'From His Perspective' director Caleb Julian Roberts was nominated for best micro-short at the British Film Institute (BFI) awards. The film takes us through three minutes in the life of a young trans man that could very well change your own in the process. The film is a snapshot of the seemingly normalized and sometimes deliberate transphobia that a young man Matthew has to endure as he transitions in today’s society.

'Welcome to a Bright White Limbo' by director Cara Holmes is an acclaimed and visually remarkable portrait of Belfast-based dancer and choreographer Oona Doherty. The film offers audiences an emotionally introspective yet cinematically celebratory look at her creative practice and astounding physical prowess while she takes us behind the scenes of her award-winning performance piece entitled Hope Hunt.

Finally 'Cailin Alainn' (Pretty Girl) by director Megan K Fox tells a tale as old as time, the teenage crush at the Gaeltacht, a place of many firsts, including feeling free to be yourself for one night for one pretty girl.

Fox's film has been described as a tender bi-lingual drama about a transgender Irish teen who comes out for the first time at a cross-dressing disco at the Gaeltacht. This film was nominated for the highest-profile LGBTQ+ film award in the world, the Iris Prize, in 2020.

The total running time for the shorts program is roughly 90 minutes. The Craic LGBT Film Festival will be hosted by the New York Irish Center on June 12 at 7:30 P.M. For tickets visit thecraicfest.com.