Be in the chance of winning your very own copy of "Dolphin Song" by Tom Richards, a new Irish romantic fantasy novel set on Ireland’s stunning Beara Peninsula. 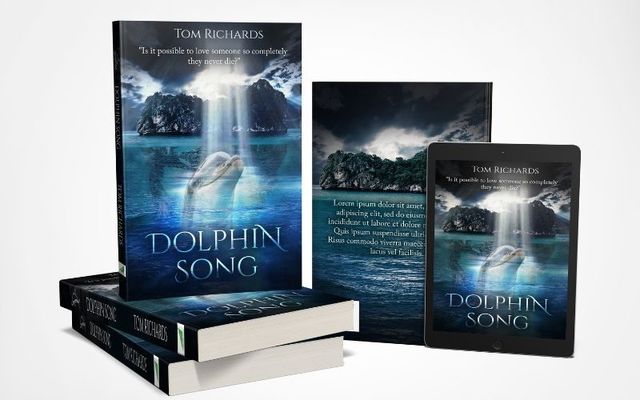 "Dolphin Song", an Irish novel written by American Tom Richards, recalls your fondest memories of Ireland while delivering a message of hope.

The newly released romantic fantasy story has caught the attention of readers around the globe and this holiday season we have copies of the spellbinding tale to giveaway to ten lucky IrishCentral readers.

To be in a chance of winning a copy of "Dolphin Song" by Tom Richards, simply fill out the competition form below:

** This competition is now closed **

Tom chats to IrishCentral about his novel Dolphin Song and the message he hopes readers take away from it.

Can you tell our readers a little bit about yourself and your best-selling novel "Dolphin Song"?

I'm originally from Chicago, Illinois but moved to Ireland in 1982 and was inspired by my surroundings on the Beara Peninsula to write Dolphin Song.

The novel follows Bostonian Dawn McCarthy, whose life is shattered by a profound double tragedy when Michael, her Irish husband, drowns in a boating accident off the southwest coast of Ireland. While their only child, Jason, who has witnessed his father’s death, is diagnosed with traumatic mutism and retreats into a silent world of his own.

Dawn returns with Jason to the remote Irish fishing village of Kilcastle where her husband had lived and died. There, along the wild Irish coast, she hopes to find a cure for her son. When all seems lost, the sudden appearance of a wild dolphin delivers newfound hope.

The most important thing about the book is the involvement of Liam O’Neill, who encouraged me to put pen to paper and share the world of Dolphin Song. He was an Irish-American film director/producer and my best friend. We were both born only two miles from each other in Chicago, Liam in 1956 and me in 1955. Six months older than I was, he called me the old man.

Liam and I had to move all the way to Ireland to meet and we did so by accident. I always thought that all of the above was much more than a coincidence. Liam was the brother I never had as well as my best friend. He sadly passed away from Covid-19 in May 2020 and Dolphin Song has become a cherished novel that reminds me of the friendship and memories with had together. 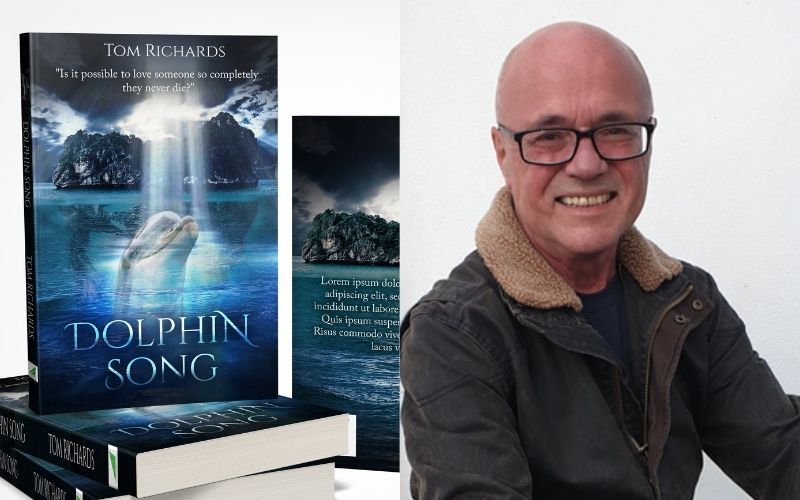 What inspired you to write "Dolphin Song"?

A number of things, firstly this area the novel is set in is so isolated. Dawn, the protagonist, must listen to herself in order to heal and the Beara Peninsula is the perfect place to do so. In the book, Dawn embarks on a cruise to a distant island – a sort of paradise which is called Solas Mor, in Irish ‘The Place of the Sun’. In reality, the island is actually Skellig Michael, an ancient place of Irish legend. That’s why there’s a legend in a key part of the book: The Legend of Solas Mor. To say any more would be a spoiler.

What's the main message you hope readers take away from the book?

It’s right on the cover: “Is it possible to love someone so completely they never die?" You see, many who have bought this tale did so because they have lost someone close or those that they love. If you’re Catholic like I am, or indeed most other religions, the message is more than simple: If you’ve lost someone “they’re here, right here."

The miracle in Dolphin Song and the message it contains is that those who have died live much longer than forever. They are here – right here. All you have to do is reach out and take their hand, or talk to them because they really do understand.

What was your writing ritual like while you were creating "Dolphin Song"?

People often ask me how to write a book of any kind. The best way is to literally put your ‘arse in a chair’ as they say over here and write! It’s all about discipline.

What has the reaction to "Dolphin Song" been like?

The story has caught the attention of readers around the globe and incredibly managed to reach the #1 spot for new releases on Amazon US for 30 consecutive days.

Your next novel, "Always Come Home" is a psychological thriller coming out next year. Can you tell us a little more about what readers can expect from this book?

Nope! That’s a secret. But there is a sequel to Dolphin  Song coming out in late Spring of 2022. It’s called "Misplaced Lovers". A sort of combination of Shakespeare’s Midsummer Night’s Dream and Peter Pan. As this book is a comedy and contains a play within a play like Midsummer Night's Dream, it's written in Iambic Pentameter just as Shakespeare used. 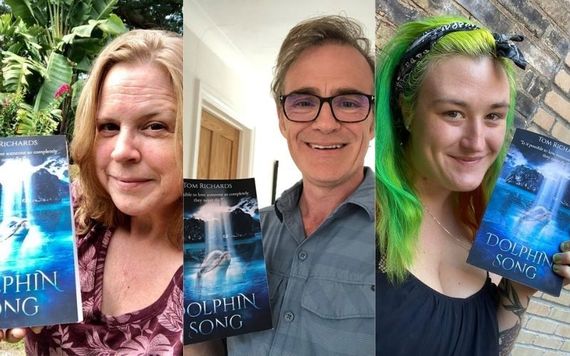 Dolphin Song has reached readers all over the globe including Orlando, England and Minneapolis

"Dolphin Song" is available in Kindle eBook and Paperback Print formats at www.tomrichards.ie