With Irish American Heritage Month upon us, let's take a look at the US population who claims Irish ancestry ahead of St. Patrick's Day! 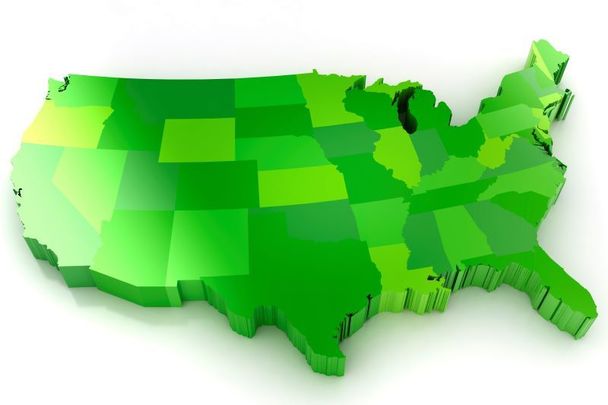 The US Census Bureau says tens of millions of US residents claim Irish ancestry. Getty Images

30.4 million US residents claimed Irish ancestry in 2019, according to the latest figures from the US Census Bureau.

That works out to just 9.2% of US residents claiming Irish ancestry - a pretty sizeable chunk!

The US Census Bureau has shared its latest figures ahead of St. Patrick's Day 2022, as well as ahead of Irish-American Heritage Month, which has been a tradition in the US since 1991.

The latest figures also show that in 2019, 111,886 foreign-born US residents reported Ireland as their birthplace.

While that number is pretty big, it’s a bit of a decline from figures in recent years past.

And back in 2015, the figure of US residents claiming Irish ancestry stood at 32.7 million, or 10.2% of US residents. That year, the US figure was more than seven times the population of Ireland itself at the time (4.6 million).

Cook County in Illinois holds pride of place for the highest number of people who claim Irish ancestry in 2019 - 438,350!

The US Census Bureau has this year shared this fun graphic highlighting the populations of some of the most “Irish-sounding” places in the US: 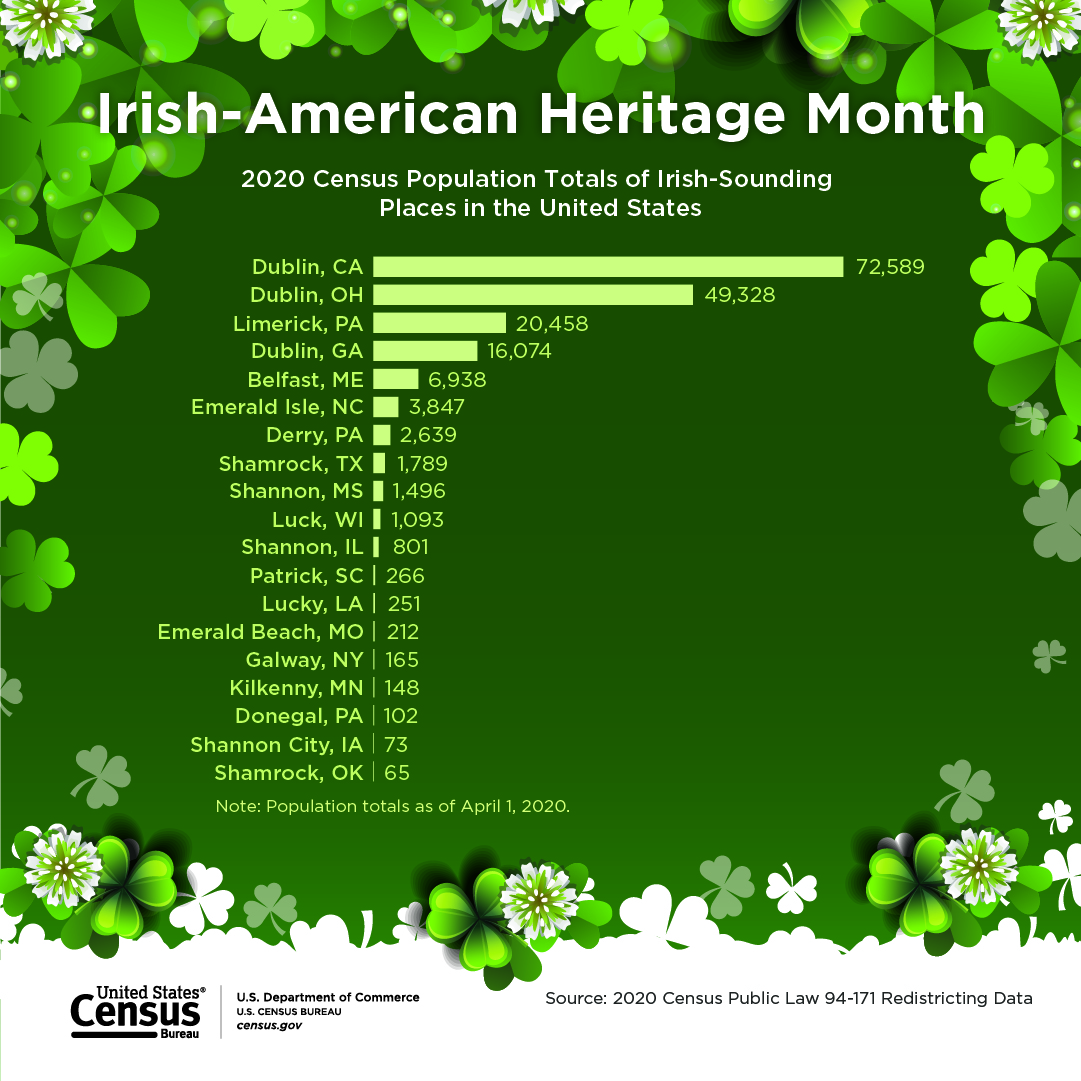 Earlier, in 2020, the US Census Bureau shared this information highlighting “Where Irish Eyes Are Smiling in America," the metropolitan areas with the largest Irish population reporting Irish as single ancestry:

Whether you claim Irish ancestry or not, the beauty of St. Patrick's Day is that it's a holiday for everyone, especially in the US where the Irish population remains strong.