“The Eternal Buzz and the Crock of Gold" features never-before-seen or published musings from Pogues frontman Shane MacGowan. 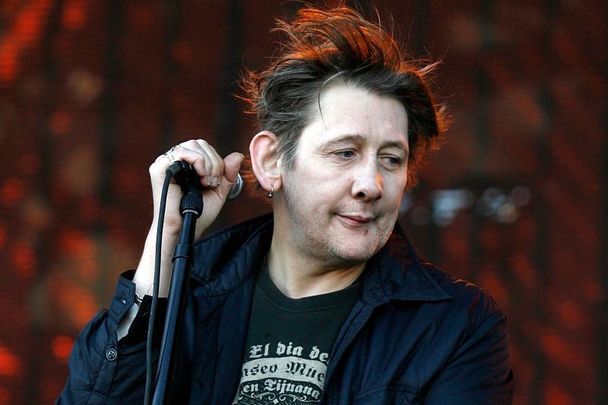 November 1, 2009: Shane MacGowan of The Pogues performs at the 2009 Voodoo Experience at City Park in New Orleans, Louisiana. Getty Images

Shane MacGowan’s not done yet - the 64-year-old rocker is set to release “The Eternal Buzz and the Crock of Gold,” consisting of his previously unpublished lyrics, art, and more.

Pre-order the new art book - 'The Eternal Buzz and The Crock of Gold':https://t.co/YJOMo9XbQc pic.twitter.com/FaUhHAH7hq

The forthcoming collection was curated by MacGowan's wife Victoria Mary Clarke and edited by Paul Trainer. It features a foreword from longtime pal Johnny Depp and is being published by Rain Street and Infinitum Nihil.

"You may become enlightened or you may be forever tormented," a description for the forthcoming tome says.

"This limited edition art folio book presents a complete psychedelic collection of never-before-seen or published illustrations, drawings, lyrics, stories, snippets, and secretions from the pen of Shane, dating back to his childhood, and journeying through six decades of punk and Irish revelry."

The book is " the visual backdrop to the songs of The Nips, The Pogues, and The Popes," the description adds.

In a statement, MacGowan said: “I was always into drawing and painting, and I used to do all sorts of things, hurlers, IRA men, teenage punks hanging around in cafes, you name it…”

He continued: “When I was about 11 or 12 I got heavily into studying history of art and looking at old paintings and modern paintings, I knew a lot about art. It’s one of the only O Levels I got, was in art.

"I did the album cover for The Pope’s album ‘Crock of Gold’ and I designed the Pogues first album cover, ‘Red Roses For Me’. And I more or less designed the second album ‘If I Should Fall From Grace With God’.

"In terms of my materials, I like pastels but I don’t really think about it. I’ll paint or draw on anything, with anything. I like more or less everyone from Fra Angelico and Giotto to the latest, like Caravaggio was the last of the Renaissance, before it went into Expressionism.

“I love Cezanne, Gauguin, Monet, Manet. I love the Irish impressionists, Lavery, Jack B Yeats, Brendan Fitzpatrick. The 20th century impressionists who painted the period of Ireland fighting for its freedom. I like Max Ernst, the surrealists, Dali, Chagall… God there’s millions of them.”

MacGowan’s wife Victoria Mary Clarke explained how the book came to be: “When we were making The Crock of Gold documentary, Julien Temple wanted some of Shane’s drawings so I asked my mum to have a look and see if she had any. She sent me a bin bag full of drawings and lyrics that I had asked her to look after 25 years ago, we didn’t even know it existed, it was miraculous, like finding a crock of gold!”

“His art brings back lots of very funny and often hideous memories of different stages in our life together, a lot of his drawings have been done on my shopping lists and my own diaries, and on things like sick bags and hotel note-pads, airline sick bags and recording studio sheets, and diaries, so it is easy to know exactly when they were made.”

Clarke added: “I love the way that the drawings and notes and scraps of stories provide an insight into Shane’s songs, it is like walking into his studio and seeing everything that was happening in his mind.”

“The illustrations are like a visual tapestry of the inner workings of his creative process. I feel very privileged and very excited to be able to share them with the world in a book, especially for people who love the songs." 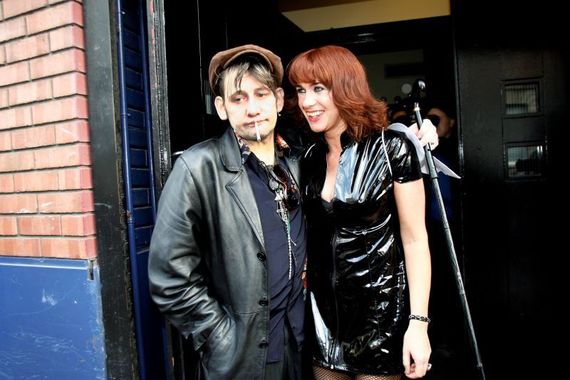 In his foreword for the forthcoming book, Johnny Depp wrote: “It’s rare for a creative genius like Shane to have one avenue of output. Such an incendiary talent is likely to have a multitude of facilities whereby his talent might infiltrate the atmosphere and change the climate as we know it.

“And so, revealed here, is Shane’s propensity for the wild, for the absurd, for the political, for the beautiful, all funnelled and threaded through the needle of his pen. But, this time, not via the tool of language. Instead, Shane’s visual acuity will take the lead here. His visions will speak for themselves."

“Sometimes they will invoke wonder, sometimes they might appear decidedly threatening, but, regardless of medium, his work will always be full of poetry – a bit like the great man, and my great friend, himself; the artist, Shane MacGowan.”

TUNE IN: Other Voices to stream live Irish music from US Embassy in Dublin today!