The new documentary 'Crock Of Gold: A Few Rounds With Shane MacGowan' reminds you what a formidable songwriter the Pogues frontman is. 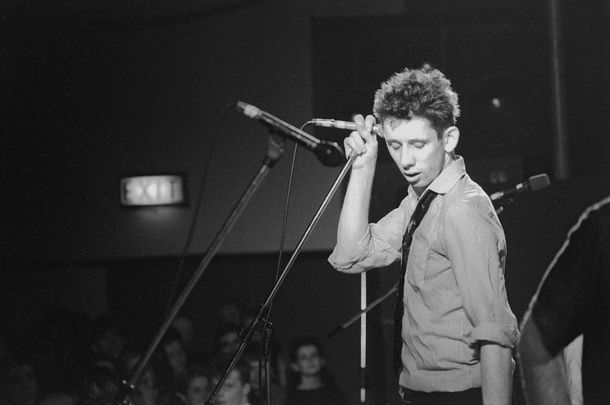 'Crock Of Gold: A Few Rounds With Shane MacGowan' is now available for download. Magnolia Films

It's Christmas, which means you'll soon hear the most popular holiday song of the 20th century, The Pogues unforgettable "Fairytale Of New York," sung just about everywhere the Irish gather.

It's a song about broken dreams and broken people trying to find a little peace and the genius who wrote it, Shane MacGowan, is the subject of "Crock Of Gold: A Few Rounds With Shane MacGowan," the new documentary by director Julien Temple. 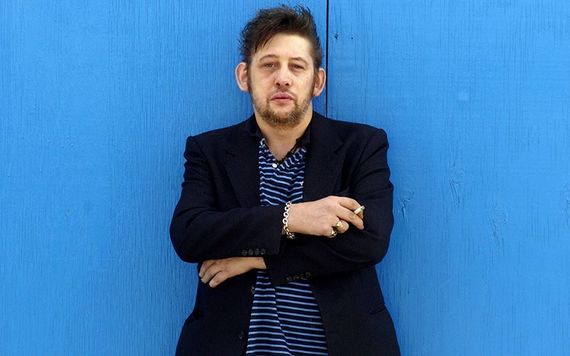 It was MacGown's brilliance to twin traditional Irish music with the anarchy of punk rock to create a sound that would turn The Pogues into one of the most celebrated bands of the last half-century.

The film opens with Shane declaring, with typical bravado, that he was “chosen by God to save Irish music.” When he's asked why, he replies: “Because God is Irish!” How can you argue with that?

The songwriter's personal journey is as legendary as his songs, but it started in Ireland. After a move to London and a scholarship to the top tier Westminster School in his teens (he was thrown out for selling drugs to the other students), he turned to the streets and drugs and began a half nomadic wandering bard existence that he took decades to come back from.

In a way, he paralleled Ireland itself, with layers of damage piling up one on top of the other like Larkin's coastal shelf. He sought enlightenment and ruin at the same time and with equal abandon. What's behind that dangerous and contradictory impulse? We may never know, but he sang so sweetly out of his mouthful of ruined teeth.

Some of his songs have the power to take you out of time, or make you weep for something lost, or remind you that although what's done is past cure, you can still sing about it, and singing about it is Irish and it helps.

A Few Rounds With Shane MacGowan also reminds you what a formidable songwriter he is. Everyone has a Pogues song that stopped them in their tracks and made them fall for this band for life - for me, that's A Pair Of Brown Eyes.

It's the kind of direct to soul address that you don't often hear in life and it comes from a deep place of grief and wisdom that the Irish are not afraid to access (seriously, you will sometimes hear this song sung between Malin Head to Mizen year-round, and usually late at night, often by a group of friends heading home, or sometimes by a lone voice).

There's something in his music that accesses something private and sacred in the Irish and that's why The Pogues' music endures as brightly as it does. It gives expression to a wildness and a joy and sorrow in our natures. It's why I have seen crowds at gigs here hoist him up in their arms, but carefully, and gently, like a conquering hero.

Interestingly, it's Shane's 35-year friendship with the actor Johnny Depp that's behind this celebration of the singer. Depp produced the documentary but admits that he was always planning this tribute for a singular friend, whose music inspired and still inspires him (Depp attended the celebration of MacGowan's 60 birthday in Ireland alongside Bono and the Irish President, Michael D. Higgins).

It's important to understand the cultural context that The Pogues arrived in. Formed at the height of The Troubles in the early '80s, when being Irish in Britain was the last thing you wanted to be, they erupted like a big punk rock roar, playing traditional Irish music at a punk rock speed and blowing the head off the Irish in Britain and the London music fans who got their sound and their post-punk outlook.

Falling from grace with God, his friends, his band, and himself, then finding his way back toward some semblance of peace, like one of the characters in his own songs, he's lived what he's written in a way few writers would ever dare to.

"Crock Of Gold: A Few Rounds With Shane MacGowan" gets as close to him as anyone is ever likely to now. The film is now available for download on the major platforms.