"Crock of Gold - A Few Rounds with Shane MacGowan" blends archival footage with new animation for look at the life and career of the Pogues frontman. 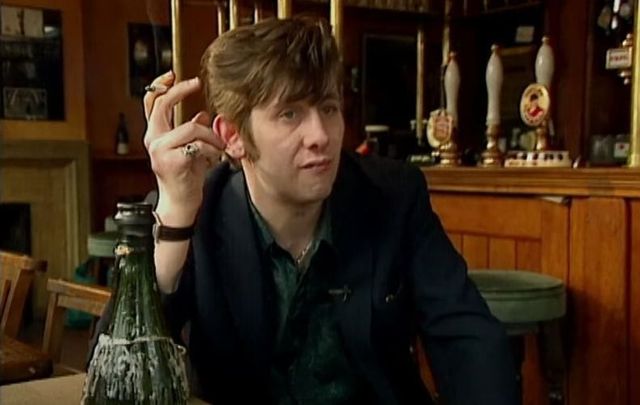 The trailer for "Crock of Gold - A Few Rounds with Shane MacGowan," which is produced in part by Johnny Depp, has been released, and it looks like fans are in for a treat.

"God looked down on this little cottage in Ireland and said, 'that little boy there, he's the little boy that I'm going to use to save Irish music," Shane MacGowan, 62, says in the trailer which released on October 27.

The official synopsis for the forthcoming film reads: “Crock of Gold - A Few Rounds with Shane MacGowan deep dives into the life of the tortured Irish vocalist, best known as the lead singer and songwriter of the Pogues, who famously combined traditional Irish music with the visceral energy of punk rock.

“Featuring unseen archival footage from the band and MacGowan’s family, as well as animation from legendary illustrator Ralph Steadman, Julien Temple’s rollicking love letter spotlights the iconic frontman up to his 60th birthday celebration, where singers, movie stars and rock ’n’ roll outlaws gather to celebrate the man and his legacy.”

Speaking with Deadline, director Julien Temple explained he was keen to explore MacGowan's cultural identity as an Irish boy being raised in London.

“It’s been kind of written out of English school history, what happened between England and Ireland. So, it was interesting on that level,” Temple said.

“I think of the films I’ve done as all joining up to be one big map of this post-war English cultural history, and certainly, the Irish-London-Shane MacGowan thing was a gap in that map. So maybe it was meant to be.”

The film, released via Magnolia Pictures, has been nominated for Best Music Documentary by the Critics' Choice Documentary Awards and already picked up the prestigious Special Jury Prize at the San Sebastián International Film Festival in Spain in September.

Johnny Depp, who produced the film alongside Julien Temple, Stephen Deuters, and Stephen Malit, said: “I’ve been very, very lucky to have a long, long history with Shane MacGowan.

"About 35 years ago when I first met Shane, he was exactly who he has always been and will always be.”

"Crock of Gold" will be released theatrically for one night only on December 1, and will be made available for streaming and on-demand on a number of outlets from December 4.

You can watch the trailer for "Crock of Gold - A Few Rounds with Shane MacGowan" here: