Pogues frontman Shane MacGowan says during the newly-released 'Crock of Gold' documentary that he's "ashamed I didn’t have the guts to join the IRA." 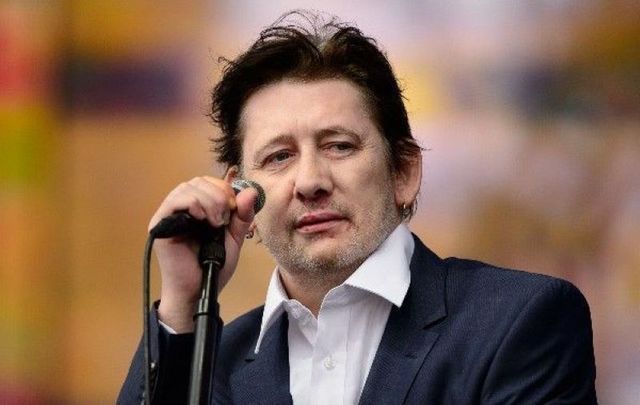 Irish rock star Shane MacGowan reveals he wanted to join the IRA before starting the Pogues.

The 62-year-old musician is the subject of the new documentary “Crock of Gold: A Few Rounds with Shane MacGowan,” directed by Julien Temple and produced by McGowan's long-time friend Johnny Depp.

In the film, the former Pogues frontman and songwriter says his music was “for Ireland” but claims his time with the band was a “compromise” for what he really wanted to do, which was join the IRA.

“I compromised. I should never have wavered from the path. There has been an Irish revolution in every century,” says the rocker, who moved to London at 13 and insists he isn’t anti-British.

“It’s a revolution of the mind. I always felt guilty that I didn’t lay down my life for Ireland.

“I was ashamed I didn’t have the guts to join the IRA — and the Pogues was my way of overcoming that. I had participated in the ­revolution as a musician.”

MacGowan, who had a religious upbringing growing up in Co Tipperary, also once considered becoming a priest.

“The whole family had me lined up for the priesthood because I was a very encouraging kid.

“It would have been one step up for everybody if I had become a priest. Up to the time I got to 11, I was seriously considering it. I saw how priests live. Free house, free booze — and the beauty of a Mass.”

Instead he made his life in music.

The documentary also reveals how MacGowan became addicted to drugs after the hell of touring with the Pogues made life “unbearable.”

“One year we did 363 gigs . . .  that’s outrageous! When you play a gig every night of the week it ceases to be special.

“You find yourself going through the motions and you find that you are ripping yourself off and ripping the audience off. The Pogues had become what we had hated — a rock band.”

After three hit albums and the international hit single "Fairytale of New York" with Kirsty MacColl, everything spiraled out of control.

He says when he left the band in 1991, “It felt like a heavy lead weight had been taken off my shoulders. I felt like I was floating on air and I was free.”

However, as he tried to readjust to life without the band, he started boozing even more and eventually turned to heroin.

“Life didn’t hold any more purpose for me, the drugs and the drink mattered for me far more than the music. It wasn’t about me playing the music I wanted to play anymore.

“Later I added heroin. Heroin is the drug that you turn to when life is so unbearable you have to block it out completely and that’s why I had an addiction.”

His sister Siobhan, who is interviewed in the film, says: “Shane was totally out of control. He was out on the street painted black with psychic signs painted on him. So I had to get him committed to St John of Gods. That was very difficult.

However, MacGowan has held on and in 2018 a gala concert celebrating his 60th birthday was held at Dublin’s National Concert Hall where a host of big names paid tribute by ­singing his songs.

The punk rocker, who is now in a wheelchair after an accident three years ago, says his biggest wish is to be “prolifically writing songs again.”

His sister says: “A great musician who saved Irish music. I think that’s what Shane would like his legacy to be.”

“Crock of Gold” is now available for streaming and on-demand.