Look up! Northern Lights heading to North America then Ireland this weekend

This weekend the Northern Lights are expected to dance their way south and put on one of the most spectacular displays in the natural world. 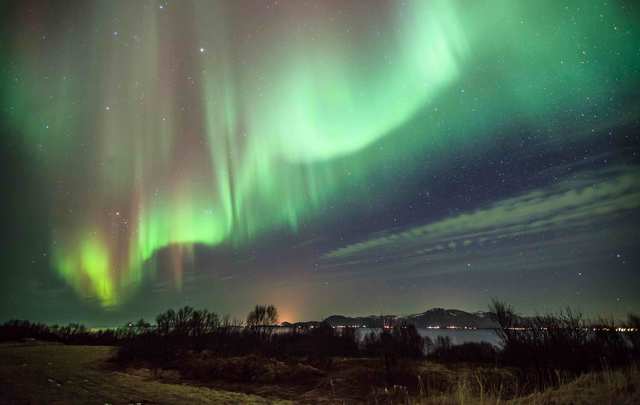 The Northern Lights will potentially be visible as far south as Ireland this weekend; the aurora borealis, as it is scientifically known, can usually be seen only in countries close the Arctic Circle, such as Finland, Russia or Canada.

This weekend, however, the Northern Lights are expected to dance their way south and put on one of the most spectacular displays in the natural world.

It’s unusual but far from unheard for Ireland to witness the Northern Lights: last year the lights treated residents and visitors in the province of Ulster to an evening dominated by red lights bouncing between earth and the heavens.

Read more: Timelapse video of Northern Lights in Donegal is the stuff of dreams

The lights are the result of collisions between particles from the atmosphere of the Sun and the Earth and are usually a yellow-green color - although on occasions red, blue and violet lights have been reported.

The furthest south the lights have ever been seen is in New Orleans and tonight they’re expected to be visible in the American Midwest; Ohioans and Hoosiers should keep their eyes peeled.

The reason for the lights’ visibility so far away from their normal range lies, as do so many natural phenomena, with the Sun: a sun storm of epic proportions expelled a large amount of coronal mass ejection (CME). When it hits the Earth tonight it’ll bounce the Northern Lights far out of its normal range on the cusp of the Arctic and send it south.

Alas the moon was at its zenith last night, so its glare will dampen people’s views of the lights a little - but likely not enough to fully stop Irishmen and women enjoying what promises to be breathtaking sight over our skies.