This New Yorker isn’t about to give up on finding the perfect Irish-born man who will make her happily ever after dream finally come true. 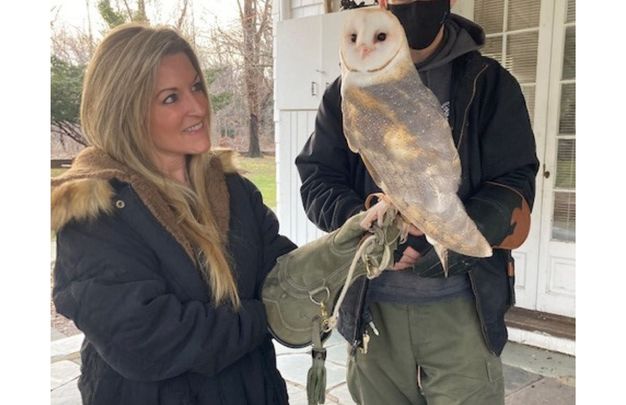 Melissa is looking for her Irish soulmate... it could be you!

Finding the perfect partner is tough during a pandemic, but New Yorker Melissa is definite that her next mate will be born and bred in Ireland.  She’s looking for Mr. Right and is hopeful that her search will end soon.

Melissa, 45, is a single mom who traveled to Ireland for the first time in 2014 and unexpectedly met a man who swept her off her feet within a few hours of landing in Dublin.  For a while they enjoyed a trans-Atlantic relationship after her 12-day vacation came to an end, but moving to America wasn’t an option for her suitor because of his family obligations.

Melissa, an executive with a telecom company in Manhattan – her personal details have been confirmed by the Irish Voice – says an Irish-born man is her one true hope of finding everlasting love.  She holds nothing against other races or nationalities – her son’s father has Italian heritage – but the connection she feels with Irish blooded males is undeniable.

“Their personality, the way they handle themselves, how kind they are, it’s just so wonderful,” Melissa, a resident of Suffolk County, Long Island, told the Irish Voice during a recent interview.

“I’ve never met anyone of Irish descent who isn’t kind and who doesn’t have a warm heart and so many great qualities.”

Melissa isn’t wedded to Ireland via close heritage – her Ancestry.com test showed a 15 percent Irish link on her father’s side, with the majority of her people hailing from Scotland – but that doesn’t matter to her.  As far as she’s concerned, her connection to Irish men transcends blood tests.

“It’s probably what you’ve heard a million times before – once I arrived in Ireland I immediately felt like I was home,” Melissa says.

She took her first trip to Ireland in 2014 with friends, and like so many American tourists they set off for Dublin’s trendy Temple Bar area after landing.   That’s where she met her first Irish beau, who unexpectedly intervened on her behalf when a “huge man” started making unwanted advances.

“He saved me from the huge man. He said to him, ‘What are you doing to my girlfriend?’ And it went from there,” Melissa recalled.

“We spent a lot of time together on my trip and he flew back and forth to see me, but he has kids and it wouldn’t have worked if he moved to New York. We are still great friends to this day.” 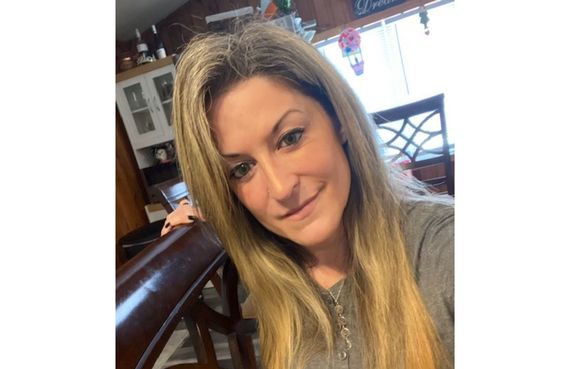 Melissa: "It’s probably what you’ve heard a million times before – once I arrived in Ireland I immediately felt like I was home."

Melissa gave birth to a son in May of 2015.  She and the boy’s Italian American father never married, and her son is the light of her life.  Any Irish man who might enter her world will have to be first and foremost kid-friendly.

“I take care of my son more or less 100 percent of the time,” Melissa says.  “So that’s my priority.  In addition to someone who loves kids, I’d like an Irish man with a great sense of personality who has consideration for others, and I’d like for him to stand on his own two feet.  I’m a very independent person with a career and I own my home, so I’m not looking for a man to take care of me.

Melissa is currently studying for a master’s degree in psychology with the aim of changing careers.  She loves all kinds of music, traveling and caring for animals.  She is spiritual but not overly religious, takes great care of her physical self, and she hopes a potential suitor will like her subtle tattoos.

Searching for her Irish soulmate has consumed a good chunk of Melissa’s time.  She says she reached out to Ireland’s famous matchmaker Willie Daly, host of the annual Lisdoonvarna Matchmaking Festival in Co. Clare, but his services weren’t of much use.

“I sent him a money order and he said, ‘I’ll put your information in the book and I’ll have people start reaching out to you,’ but it never happened,’” Melissa says.

Taking matters into her own hands, in 2017 Melissa started a Facebook group called “SINGLE & Irish Around The World.”  It now boasts more than 2,500 members, some of whom have met their life partners through the network, but Melissa is still searching for her perfect match.

“I’ve made lots of friends though,” she laughs.  “I decided to start the group because after looking and looking, I couldn’t find a good website or group where Irish singles could meet.  So now we’ve got that. One of the administrators is in Co. Kerry, and another in Kentucky, so we’ve got all different time zones but it works.”

Melissa is open to meeting an Irish man already resident in the U.S., but finding an online singles network based here has been difficult, she says.

“I’ve tried various sites and I’ve been very specific about what I’m looking for in a partner but they don’t really work.  I know there are Irish American business groups but they probably aren’t places for singles looking for other singles.”

Melissa’s dating life has been dormant during the pandemic. Her last trip to Ireland was in 2018 with her cousin, and she stays in close touch with her friends there.

“Every time I speak to people in Ireland, they warm my heart,” she says.  “Irish people are just wonderful, the very best.”

Her perfect Irish man doesn’t need to come from a fancy background.  What’s important is the willingness to start an honest conversation which might lead to a face to face meeting and a long distance relationship, and then, all going well, a long-lasting life in New York.

“I do believe the other piece of my heart is in Ireland,” Melissa says.