Liam Neeson insists the £33 million in funding earmarked for arts in Northern Ireland is "a lifeline." 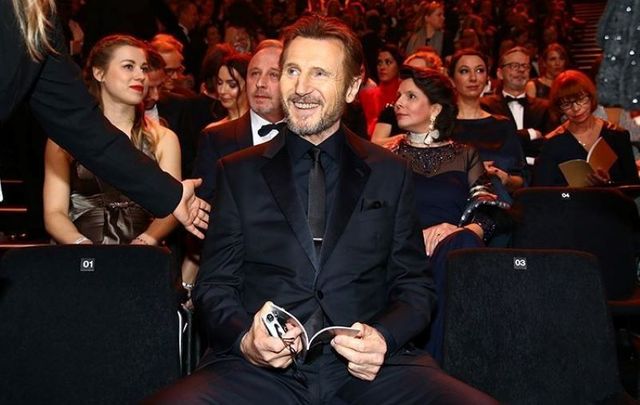 Liam Neeson, pictured here in 2018, has issued an urgent appeal on behalf of the arts community in Northern Ireland. Getty Images

Liam Neeson recalls how he " came up through the ranks" in Northern Ireland's arts scene during The Troubles.

Liam Neeson is featured in a new video appeal presented by The Lyric Theatre in Belfast that seeks the "urgent and immediate support" from the Northern Ireland Executive to secure the £33 million support package announced by the UK government in July.

Jimmy Fay, the executive producer at the Lyric Theatre in Belfast, said: “Culture is our compass, our north star,  if we lose our compass we all lose our way.”

“Our patron Liam Neeson has added his voice to the ongoing appeal to the NI Executive for their immediate and urgent support to secure the full financial package of £33 million, allocated to Northern Ireland as a result of a UK-wide investment in the sector, announced in July.

“The Arts is vital to the society and economy of Northern Ireland. It is vital to the thousands of permanent and freelance staff it employs, the organisations, the venues, the young people who hope to make a career in this amazing industry, and to everyone, across Northern Ireland and beyond, who participate and engage with the Arts – at all levels.

“Please take a few minutes to listen to Liam Neeson’s direct and urgent appeal to the NI executive and, if you can, support our call for immediate help.

“We need action. We need support. We need it now. #SaveTheArts #SaveOurTheatres.”

In the video, Neeson says: “As a proud Northern Irish man and patron of the Lyric Theatre who came up through the ranks, as it were, in the arts scene in Northern Ireland during the 1970s - beginning in 1976 to be exact at The Lyric Theatre on Ridgeway Street in Belfast - I experienced firsthand, as many of you may have, the potential of physical danger as I practiced and learned my craft in that theater which, by the way, never closed its doors once during the height of The Troubles.

“That says something about the character and the stamina, not just of The Lyric Theatre, but of us, as a people, all the people, Protestant and Catholic of the North.

“You know, a true society cannot be whole nor fundamentally exist without the arts and the people employed in the arts.

He concluded: “My appeal to you today requires your urgent attention. The character of our very existence here in the province is at stake.”

You can learn more about The Lyric Theatre in Belfast on its website.