Leadville, Colorado is so proud of its Irish heritage that it holds two St. Patrick's Day parades every year, one on March 17 and another six months later on September 17. 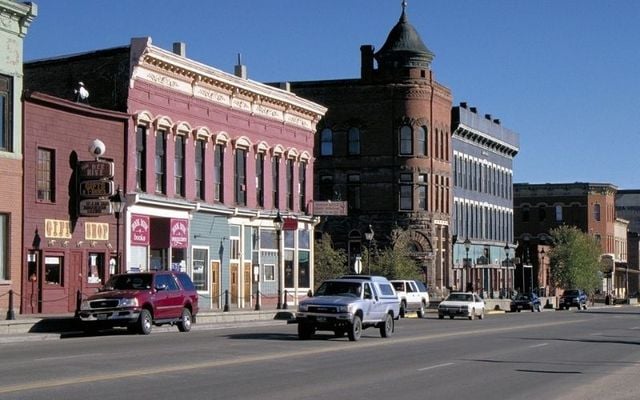 Leadville, a former silver mining town located in the Rocky Mountains, holds a St. Patrick's Day celebration on March 17 like many other towns or cities but also holds a "practice parade" six months later.

The city is home to a strong Irish American population that dates back to the Great Hunger in the mid-19th century.  Tens of thousands of impoverished Irish laborers moved west to the Rocky Mountains in the hope of discovering riches in the Colorado mines.

The Irish quickly became the second-largest ethnic group in Colorado and became the largest in Leadville by 1880. United States Census data from 1880 shows that 9% of the Leadville population had been born in Ireland, while a further 7% of the population were listed as second-generation Irish-Americans.

The Irish worked as miners, maids, teachers, police officers, barkeepers, doctors, nurses, and lawyers among many other professions, and also took an active role in local government, according to the Leadville Herald.

Irish Americans also founded and operated both the Church of the Annunciation and St. Vincent’s Hospital, while organizations such as the Knights of Robert Emmet, the Ancient Order of Hibernians, and the Daughters of Erin flourished in the city due to its strong Irish roots.

Those roots continue to be visible today with the city's twice-annual St. Patrick's Day festivities, although there are also logistical reasons for this arrangement.

Located more than 10,000 ft above sea level, it is not uncommon for the streets of Leadville to be rendered impassable by blizzards in mid-March, meaning a second parade is necessary in the event that the traditional March event is canceled.