Californian actress Bree Condon watched hours of interviews in which Guilfoyle spoke about her Irish heritage before playing the former Fox host in “Bombshell.” 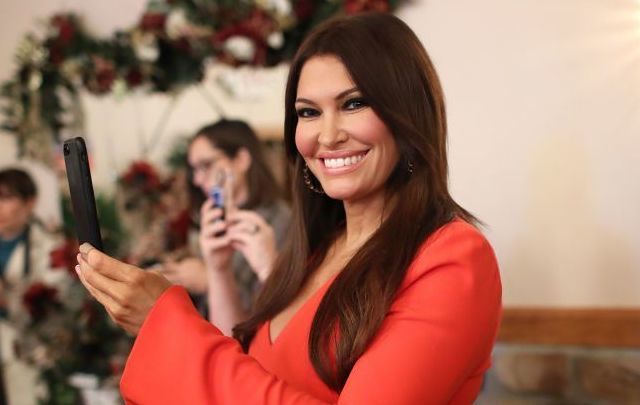 Bree Condon speaks on Irish heritage, strong women, and the family values of Kimberly Guilfoyle ahead of the Irish release of “Bombshell.”

With two Golden Globe nominations already under its belt for actresses Charlize Theron and Margot Robbie, “Bombshell,” released in Ireland on January 24, 2020, has hit the awards-season ground running.

Yet while the incredible transformation of Charlize Theron into Megyn Kelly has filled many column inches before the release, the wider female cast of the much-anticipated film is one to be reckoned with, including Kate McKinnon and newcomer Bree Condon as former Fox host and Roger Ailes ally Kimberly Guilfoyle.

The current girlfriend of First Son Donald Trump Jr., Guilfoyle’s star has only risen since her controversial departure from her role as presenter on The Five on Fox.

Yet back in the days in which “Bombshell” is set, the daughter of an Irish immigrant was still a prominent figure at the cable news channel and one of the FOX employees who vehemently stood with CEO Roger Ailes when he was accused of sexual assault by several female employees.

“She was such a controversial character and although I don't believe with all of her political beliefs and exactly what she stands for politically, she has a very strong character,” actress Bree Condon told IrishCentral ahead of Bombshell’s US release on December 13.

“She's very family-oriented. And I kind of got behind her character through that avenue, as opposed to her political beliefs.”

One of the fortunate parts of playing a TV presenter and such a prominent media figure is that Condon had plenty of physical material to rely on when researching the role. Having spent twelve years working for Fox, there were hours and hours of interviews and appearances to watch to get a feel for Guilfoyle’s personality and mannerisms, aiding Condon to discover what it was that drove the former wife of a Democratic mayor who now represents a Republican government.

“She wrote a book that I read, which was very interesting and gave me a lot of insight into how she thought,” added Condon.

“She's very, very vocal, as well, as we see on TV but very vocal on standing up for what she believes in saying and speaking her mind. So I found a lot of very candid interviews, which were very, very helpful.”

And among these many interviews was plenty about her upbringing as the daughter of two immigrants, another factor that Guilfoyle claims shaped her.

“She's definitely representing Ireland and her Irish heritage, which is great,” said Condon.

“Through my research, she talks about her father being from Ireland, how it really really shaped her. In almost every interview she's ever done, she talks about that so that's exciting and that she got to represent that.”

Guilfoyle’s late father Tony Guilfoyle immigrated to the US from Ennis, Co. Clare in his 20s and Guilfoyle returned there every summer, working in her family’s local store, and even staying in Ireland to study law in Trinity College Dublin.

Read more: Kimberly Guilfoyle was once on her way to becoming the next Jackie Kennedy

“I grew up partly in Ireland,” Guilfoyle previously said.

And the memory of her parents is one that Guilfoyle still keeps with her, the many interviews she gave about them leading the family-orientated persona that Condon felt from her.

“She talks about it a lot, and especially in her book, how that completely changed her mindset growing up and seeing the father work so many jobs and become successful and do everything from the ground up,” Condon says of her.

“She was constantly trying to better herself and her work ethic really came from that and from her immigrant father.”

When the trailer was first released, many were amazed at the outstanding comparison between Theron playing Megyn Kelly but Condon also had fun in her Guilfoyle physical transformation.

“I love what the costume director actually did with all of my costumes. It was so fun to kind of literally step into her shoes every day,” Condon tells IrishCentral.

“That was really fun because also playing a real-life character, once you get transformed into her, I felt so much like Kimberly with the hair and the makeup and the little secret things that they did to transform me.

“That was probably my favorite part, to literally not only feel like I got into her psyche as an actor, but also to actually feel so much like her every day.

“It's fun playing a woman who's strong. She's definitely found her voice. I mean, her background was as a prosecutor. She really knows how to express herself and it's really fun playing such a strong, opinionated woman.”

Of course, playing a living person, especially one now thrust into the public eye so often due to her links with a White House constantly under the media spotlight, comes with its difficulties.

Condon hopes that if Guilfoyle does come to watch the movie, however, she finds the strength with which she plays her apparent.

“I hope she watches it,” she says, “I hope she likes what I did the character and playing her. I really tried to find her strength which is what really jumped out to me when I first started studying her. I hope she sees that I played her as a strong woman.

“I think the film does a great job that leaving the politics out of the film. It's really a human story ... Hopefully, everyone can just look at it as a sexual harassment case and take the politics out of it and really have more empathy for everyone who was involved with it because it was a very complicated situation and I think it will change a lot of people's minds.”

Have you seen "Bombshell" yet? What did you make of it? Let us know in the comments section, below.