Kimberly Guilfoyle, the Irish American former Fox News host, appears in the new trailer for "Bombshell," which tells the story of the downfall of Fox News CEO Roger Ailes. 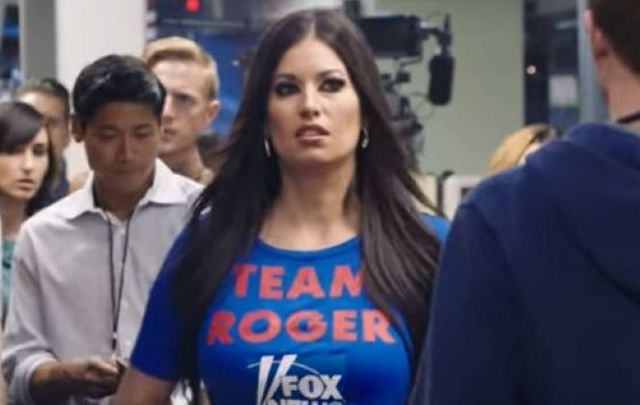 Kimberly Guilfoyle appears in the new "Bombshell" trailer that was released this week which stars Margot Robbie, Nicole Kidman, and Charlize Theron.

Read More: Irish American Kimberly Guilfoyle to be at forefront of Women for Trump Coalition

“Bombshell,” according to distributor Lionsgate Movies, “is a revealing look inside the most powerful and controversial media empire of all time; Fox News, and the explosive story of the women who brought down the infamous man [Roger Ailes] who created it.”

In the opening of the trailer, Jess Carr (played by “SNL” star Kate McKinnon) tells Kayla Pospisil (an invented character played by Oscar-nominated Margot Robbie) that she has to “adapt the mentality of an Irish street cop. The world is a bad place. People are lazy morons. Minorities are criminals. Sex is sick but interesting.”

Later in the trailer, Kimberly Guilfoyle, played by Bree Condon, is seen telling Fox News employees to “get it on, put it on” while doling out t-shirts that read “TEAM ROGER.” Guilfoyle worked as a host at Fox News from 2006 until early 2018, spanning the era of the Roger Ailes controversy.

Guilfoyle, whose father hails from Co Clare, is the former wife of California’s Democratic governor Gavin Newsom and has been dating Donald Trump, Jr for over a year in the wake of the president’s son’s divorce from his wife Vanessa. The Irish American has been actively campaigning for President Trump's reelection.

You can watch the trailer for "Bombshell," which will be in theaters in the US on December 20, here:

Do you plan on going to see "Bombshell"? Let us know in the comments