Advice on aging and life from Irish philosopher and former monk

Always wanted the key to prevent aging? It turns out it could be linked to not trying to stop aging at all. 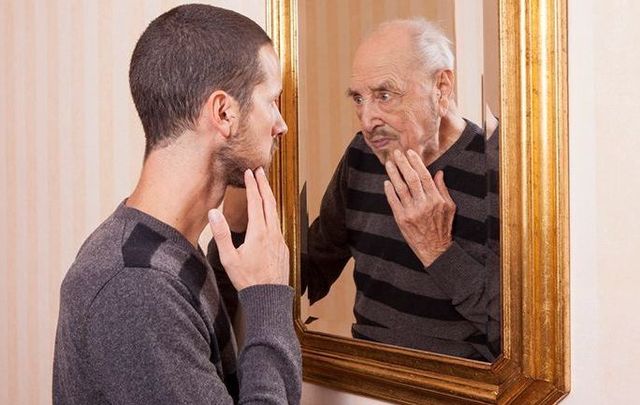 Always wanted the key to prevent aging? It turns out it could be linked to not trying to stop aging at all. iStock

Are you trying every anti-aging lotion and potion? Doing everything you can to preserve your telomeres, prevent aging cells, and put a stop to the aging process? Well, it turns out that the key to aging you needed all along was to stop trying to prevent aging altogether, according to one Irish philosopher and former Catholic monk.

Speaking to the Belfast Telegraph recently, on the launch of his new book “Ageless Soul,” psychotherapist Thomas Moore is encouraging everyone not to attempt to fight the losing battle against aging, accept that aging is inevitable. He believes that coming to terms with the benefits it will provide you with is the key to aging gracefully, successfully, and with good health.

"There are plenty of reasons to fear ageing," Moore told the Telegraph.

"(There's the) fear of losing health and physical ability, but also the sense of mortality that is all part of the process."

What is the key to aging well?

Are anti-aging creams the key to aging well? Image: iStock.

After spending 12 years living as a Catholic monk before becoming a psychotherapist, Moore, himself aged 77, has spent some time on studying the effects aging has on the mind and how people need to accept being older, as well as the imperfections and wrinkles that come with it, if they want to stand any real chance of aging well.

“If you fight (getting older) and complain about its downside, you may be miserable for the rest of your life, because ageing is the one thing that doesn't get better," he said.

"Keep working against ageing, and before long you will have lost the battle.

"The secret to ageing is to face the loss of youthful beauty and strength, and from there use all of the resources we have to be creative, positive and optimistic."

Do the Japanese have the key to aging perfected?

Is exercise the key to healthy aging? Image: iStock.

In particular, he focuses on a Japanese approach which sees beauty in things with imperfections. Known as “Wabi-Sabi,” in this time when vintage is cool and older trends have a habit of coming back into fashion, surely it can’t be hard for us to accept that just because something isn’t shiny and new, doesn’t mean it still can’t be great? The same comes with aging of a person, Moore argues, and just because some things are diminished - like youthful looks - doesn’t mean that value has been added or taken away completely as a human being.

"Wabi-Sabi is the Japanese aesthetic in which imperfection, age, brokenness, and rundown appearance are considered beautiful," he continued.

"This is not strange to the modern eye, which also appreciates furniture that has dents, scratches, and layers of fading paint.

"As we go through both the satisfying and unsettling experiences of our unfolding lives, it helps to keep a simple phrase in mind: 'The beauty of imperfection.’"

Sadness about aging is all part of healthy aging

What to you think is the key to aging? Image: iStock

That doesn’t mean we shouldn’t feel some negative emotions as the years go by. It’s completely natural to look back and reminisce on times gone by and to feel a sense of longing for them but the way that you deal with those emotions is also a crucial part of the key to aging well.

Moore states: "Melancholy is an old word for sadness - it's a natural aspect of ordinary living; it is not a disease or an aberration. Depression is a modern word that implies an illness that can be treated with drugs, but you don't get medicine for melancholy.

"It makes sense that we feel sad about ageing. We lose many good qualities and abilities, but it's good to remember that we pick up new capacities gained from our experience and learning."

Do you think you’ve discovered you own key to aging? Do you embrace your later years or are you fighting instead of accepting old age? Let us know about you own experience in the comments section below.