Sadness and joy in Ireland this summer of 2017

Suddenly it is the middle of June. We advance sharply towards the longest day of our year. In the west, close to the serene Shannon and the silvery expanses of Lough Derg it is almost too beautiful to be true. 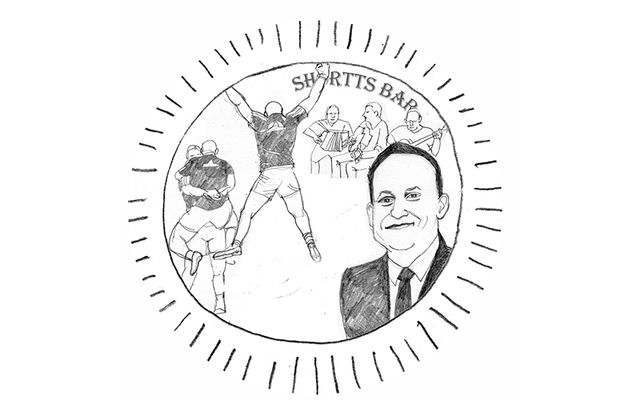 Suddenly it is the middle of June. We advance sharply towards the longest day of our year. In the west, close to the serene Shannon and the silvery expanses of Lough Derg it is almost too beautiful to be true.

I turn off the radio in the car as I write this on the shores of Lough Derg so that I block out the sharp realities of the wider world. Before I do so there was news of that Virginia shooting of a group of politicians practicing for a baseball game. Also news from London of yet another tragedy there caused by a towering inferno of a fire in an apartment block in Kensington. Also, before I clicked out, closer to home, teams of police and soldiers finding body parts of a murdered grandmother scattered all over the scenic Glendalough region.

So to the brighter side of life and living, and let’s stay there as the sun shines. We elected a new taoiseach last Wednesday. Leo Varadkar is the youngest national leader ever in our history. He is also our first gay leader, and his partner was present in the Dail as Leo made history. He represents, I think, a dramatically modernized Ireland that is leaving much of our Catholic conservatism and chaos behind. One would hope that will be the case. He faces many challenges including the consequences of this Brexit business for the state, housing and health shortcomings in the system, world uncertainty on all sides. But isn’t that the way the political world works?

Interesting too, and maybe heartening, to see Fianna Fail abstaining from the leadership vote so that a new taoiseach can have his chance at improving our little Republic. Intriguing too, in the same hours, across the Irish Sea in Westminster, to observe the Stormont band of unionists, headed by Arlene Foster, coming to an agreement with the English Tories of British Prime Minister Theresa May to prop up her minority government and, accordingly, putting themselves in a very powerful political position for the immediate future. It is all so intriguingly stimulating and exciting as Lough Derg shimmers in the sunlight and the last of the Mayfly are gobbled up by the hungry brown trout. And that is not fake news.

On an even brighter note, as many of you prepare for an Irish vacation this summer, can I report on a mighty night of singing and storytelling and genuine craic which I savored last Saturday night in the village of Feakle just down the road from where I’m writing this.

Feakle is the birthplace of the great storyteller Edna O’Brien, as many of ye well know, and I spent the evening with many friends (old and new) in a fabled bar called Lena’s now operated for the last 21 years by Limerick-born Ger Shortt and his family. I’m telling ye that the kind of evening we had cannot be purchased for love or money because it was the spontaneous outflow of all the best of all that we are, no matter in which direction that wider world is skidding.

The Shortt family had baked a birthday cake to celebrate their 21 year tenure but, before that, about every woman and man in the crowded bar serviced the ancient tradition of Lena’s by singing a song or telling a story or joke. It is getting more difficult, even here in the west and south, to access that kind of evening.

When you come on vacation remember that it was I who told ye that, especially on the second Saturday evening of every month, this singing session warms the rafters in a very special way. Get to one of those occasions even if you have to drive half the evening to get there. Well worth the effort, and have your ballad or story ready for the moment when you are called upon.

More good news from that weekend for all of you with Galway blood in your system. In a tough Connacht football championship tussle a couple of weekends ago, the Galway side defeated Mayo by a single point and now go on to the final shortly. Perennial contenders for Sam Maguire (and losers) Mayo were expected to triumph, but now they have to go into a qualification battle through the summer to get into the title race later (if they survive) through what we call the back door.

My Galwegian sons and daughter are over the moon with joy. And yet more good tidings. We had a windy and rainy beginning to the month of June after a splendid May. The long range forecast though, for the next couple of summer months is excellent. You would be well advised to still have light rainwear in your luggage when you arrive on vacation, but you will only be coping with a few scattered showers at worst. If you are male and have the kind of balding spot which I have recently developed, too, a good idea to apply a daub of sun factor under your tweed cap!

And more good news -- for us rather than ye -- in unconfirmed but strong reports from London that your president is increasingly likely to cancel his upcoming state visit to England because of the prospect of major protest demonstrations against him. That would have to be good news, if and when confirmed, because poor London has enough problems now as it is.

I will turn on the world again now. I will drive the three miles home, garage the car, feed the dogs and, with your permission, sally out for just one summery pint of beer in Willie Walsh’s establishment on the top of the hill.