The Irish Repertory Theater's co-founders said that being named in Broadway legend Stephen Sondheim's will was a "lovely surprise." 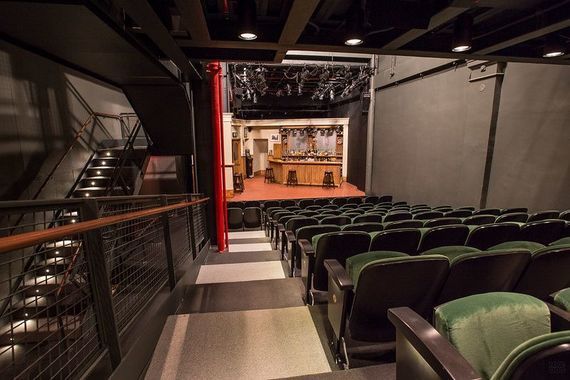 The interior of the Irish Repertory Theater in Manhattan.

Broadway legend Stephen Sondheim has named New York-based Irish Repertory Theater as one of the beneficiaries in his will, according to the New York Post.

Sondheim’s fortune is estimated in the $75 million range with most designated to his husband Jeff Romley. Twenty other people and charities were remembered in his will, including the Smithsonian Institute, the Museum of New York City, the Library of Congress, the New York Public Library for the Performing Arts, the Dramatists Guild Fund, and the Irish Repertory Theater Company.

The “West Side Story” songwriter and composer of “Send in the Clowns” was apparently a frequent attendee at Irish Rep productions in New York, which featured many musicals.

The 91-year old composer was remembered fondly by Irish Rep co-founders, Ciaran O’Reilly, a Cavan native, and Charlotte Moore. He passed away at his Connecticut home over Thanksgiving.

O’Reilly and Moore called the gift “a lovely surprise.”

Sondheim “never failed to honor us with his staunch support … especially of our musicals and musical adaptations,” their statement said. “Having ‘Himself’ in our audience, while absolutely terrifying, confirmed our right to venture into the mysterious worlds in which he was the undisputed master.”

Their 2017 gala was dedicated to Sondheim and entitled “Sondheim at Seven".

The promotion of the night stated: “Join us on Broadway for a musical extravaganza celebrating the work of the man The New York Times calls “the greatest and perhaps the best-known artist in the American theater today,” Stephen Sondheim! Angela Lansbury introduces the one-night-only musical revue and A galaxy of Broadway stars  perform selections from: Sweeney Todd, Follies, Into The Woods, Passion, A Little Night Music, Company, Merrily We Roll Along, West Side Story and more.”

Sondheim’s will and bequests were praised by will experts as very thorough. “Stephen Sondheim has worked with the top planning attorneys in the country and has a very good sound estate plan that will benefit his spouse and his friends and charitable organizations that were important to him,” a source, a New York trust and estate lawyer who is not connected to Sondheim’s case, told The Post. “Also, it keeps the order of his intellectual property … There is somebody who is managing his musical legacy.”

Home designer Charles Peter Wooster, who was Sondheim’s close friend, and Rob Girard, a gardener, were made beneficiaries as well.

Stephen Sondheim was awarded the Presidential Medal of Freedom by then-President Barack Obama in 2015.