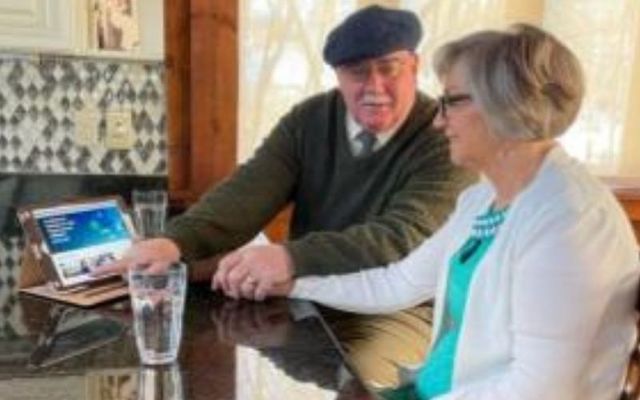 For Eileen Walsh, who moved to the Boston neighborhood of Dorchester in 1969 from her home in Co Galway, hearing her mother tongue has profoundly affected her.

“Listening to Gaelic brings about good memories of the past,” she said. “The words stir you, like music.”

A closely-woven Irish community embraced Walsh upon arriving to the United States, and Gaelic flowed freely at friends' homes and community events throughout the Boston area.

However, 53 years later, she hears the language less often.

Walsh noted that people back home in Ireland are doing what they can to keep the Irish language alive, so she appreciates the effort to produce content on jw.org, the website for Jehovah's Witnesses, in her native language.

“It really touches your heart, and you can be excited about reading it,” she said.

Translating into and publishing in so many languages pose special challenges, according to Izak Marais, who directs the Translation Services group at the world headquarters of Jehovah’s Witnesses in Warwick, New York.

“At times we wanted to publish in a less common language,” he said, “but not all the characters were available for that language. So, over the years, we have provided artwork for countless characters and font sets, allowing us to produce printed publications in hundreds of languages.”

The translation effort is a “labor of love,” said Robert Hendriks, the US spokesman of Jehovah's Witnesses. “The work is challenging and time-consuming. But our goal isn't to make a profit, it's to provide the Bible's comforting message clearly and accurately to as many people as possible.”

Walsh feels that being able to share the Bible's message with others in her Irish community of Dorchester has been rewarding. Pre-pandemic, one could find her in the pocket neighborhood of Adam's Village next to an Irish bakery and butcher shop with a cart full of Gaelic literature and Bible in hand. Some would pass by and offer a friendly smile; others were drawn to familiar topics, such as the “Lord's Prayer,” which led to conversations about the Bible.

According to Walsh, Gaelic has found a new generation of speakers, and she continues to keep the language alive within her own household. In doing so, she's found the videos on jw.org and personal Bible study in her mother tongue echo a piece of her heritage to share with others.

In addition to Gaelic, jw.org has articles, videos, and audio content in other languages found in the Boston area, such as Haitian Creole, Somali, and Khmer.