A series of videos of posters responding to the question “Do you speak Irish?” has caused controversy on Reddit. 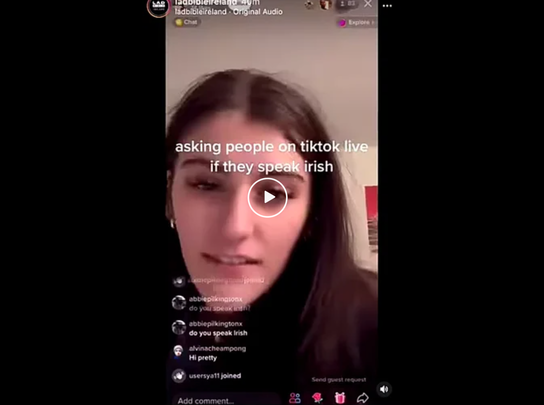 Posters responding to the question “Do you speak Irish?” Reddit.com

TikTok is not the first place people go to discuss the finer points of colonialism we admit, but a series of videos of posters responding to the question “Do you speak Irish?” has caused controversy on Reddit, the internet's well-known water cooler.

“Irish is not a f—king language!” snorted one American respondent indignantly (and as it happens, ignorantly). Then he confidently asserts that it's just an accent in – you guessed it – English.

"Irish isn't a language" from confidentlyincorrect

Of course, when speaking English the language is called Irish and when speaking Irish it's Gaeilge, but those points were well beyond the eminent observers weighing in here.

What's fascinating is the offense that so many young Americans take to the question? Irish? That's not a language! How dare you ask anyone if they speak it, is the common refrain here.

What is unknown to you should not be something you opine on confidently, but this is the age of instant hot takes – where ignorant responses (rather deservedly) get pilloried on the net.