The Irish language is truly beautiful - even when your Irish temper gets involved! 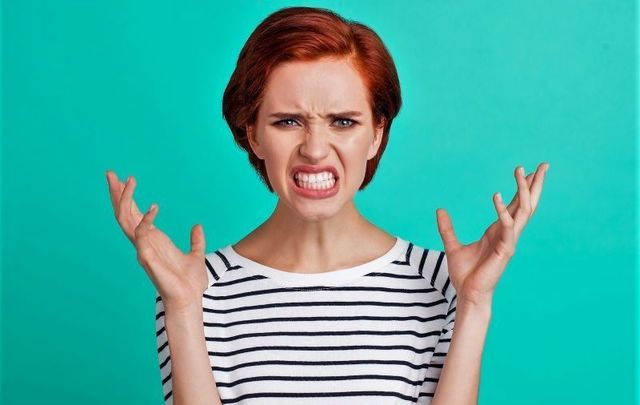 It’s a strange talent to boast of but the Irish people are somewhat inventive with their swearing and cursing. Getty Images

The Irish temper is a force to be reckoned with, so why not try using these Irish language phrases when your temper is up!

Editor’s note: Seachtain na Gaeilge is an international Irish language festival, the largest annual celebration of Ireland’s native language and culture in Ireland and around the world. Everyone is given the opportunity to enjoy the Irish language by participating in the festival, both native speakers, learners, and those with a few words, by providing a calendar of entertaining and fun events for all interests and age groups. Find out more about their online events here.

It’s a strange talent to boast of, but the Irish people have always been somewhat inventive with their swearing and cursing abilities and none more so than the native Irish speakers, who are particularly gifted.

Irish curses lose some vital ingredients when translated into English, so we feel it’s only fair to give everyone the opportunity to sound out a few artistic expressions in the native tongue such as driving through a sea of lunatic drivers or shoving yourself into wedged bars full of people who refuse to move out of your way.

Here’s how you handle it:

Shock, or mild exasperation as Gaelige

As ucht Dé: For God’s sake! (literally “from the breast of God!”)

Ticked off at someone as Gaelige

Imigh leat: Off/away with you!

Imeacht gan teacht ort: “Go away and don’t come back!” (literally “leaving without returning on you”…the implication being that you’d just as soon the person crawl off somewhere and die.)

Go hIfreann leat: “To hell with you!”

Go hIfreann leat a shlíomadóir lofa: “To hell with you, you rotten b*****d!”

Go n-ithe an cat thú is go n-ithe an diabhal an cat: “May the cat eat you and the devil eat the cat!”

Go n-ithe an tochas thú: “May you be eaten by the itch!”

Briseadh agus brú ar do chnámha: “Breaking and crushing to your bones!”

Do you know any special phrases in the Irish language? Let us know in the comments!