Pat Reilly of the Capital Irish Film Festival in D.C. explains how audiences even within Irish America differ from each other and how collaboration is key to bringing the best of Irish film stateside. 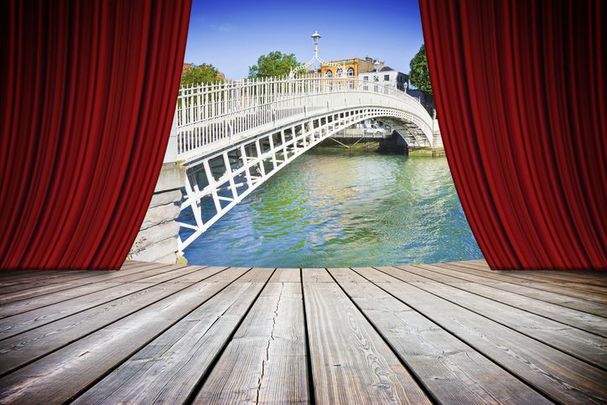 The Capital Irish and Chicago Irish Film Festivals met over a crisis. Getty

No need to rely solely on Netflix, these U.S.-based Irish film festivals are working to bring all the hottest new big-screen gems to an American audience.

IrishCentral readers are certainly film lovers and jump at the chance to stream the latest Irish hit but for many of you, there is access to great Irish movies on your own front door. Here, Pat Reilly of the Capital Irish Film Festival in D.C. explains how audiences even within Irish America differ from each other and how collaboration is key to bringing the best of Irish film stateside.

The Capital Irish and Chicago Irish Film Festivals met over a crisis.

I still had my training wheels on four years ago as director of the Capital Irish Film Festival (CIFF). Showtime was the first weekend of March, and right after a successful opening night, I heard from “the other CIFF,” the Chicago Irish Film Festival. The same weekend, same acronym, and not surprisingly, many of the same films. The one we had just opened with the night before in Silver Spring, MD, had not made it from Ireland to Chicago for their festival. I had the only copy this side of the Atlantic.

Chicago’s Jude Blackburn had almost two decades of experience running a film festival, but that couldn’t guarantee the Irish mail service. I overnighted my copy of the film, impressed that Chicago had an account with FedEx!

While we checked in frequently to track its progress, we promised to share a whine over a glass of wine when it was over. It turned out that would only happen in Galway several years hence. Along the way, though, we traded information, shared guests and compared audience tastes.

The Washington-area audience enjoys films exploring Irish history and culture and will turn out in large numbers for “political films,” or ones about church scandals. Chicago “has moved towards indie or edgier films like ‘The Survivalist’, ‘Traders’ and ‘Writing Home,’” says Blackburn.

Read more: Why Liam Neeson and Viola Davis's kiss in Widows is so important

Everybody loves films about music and musicians—like the comedic “Sing Street” or the 2018 documentary “Lomax in Éirinn.”

Chicago is renowned for its shorts programs, having screened over 700 shorts in 20 years. Capital Irish is proud to show this year’s Oscar-nominated short “Late Afternoon.”

And despite the Irish reputation for having fun, great comedies are hard to find and we hunt for them like snipes at a full moon and feel blessed when we get a good one for the festival. This year, the Capital-area CIFF opens with a dramedy “The Drummer and the Keeper” and a talkback with director Nick Kelly. We’ll celebrate with a reception hosted by The Embassy of Ireland.

The Capital’s CIFF has long enjoyed the support of Culture Ireland (CI), the Irish government ministry whose mission it is to support the spread of Irish culture worldwide. CI funds the travel of filmmakers to festivals, one of the favorite festival features for artists and audiences.

This year, we’re excited to have one of the busiest Irish actors around, Lalor Roddy, whose range has him acting on stage with the Lyric, the Abbey and the Royal Shakespeare and also playing the Catspaw Assassin in HBO’s “Game of Thrones.” He stars in three of our festival films, “The Devil’s Doorway” (priest), “Don’t Leave Home” (priest again) and “Float Like a Butterfly” (traveler grandfather).

With a little bit of schedule jiggering, I can bring artists from Ireland to D.C. early in the weekend and then route them through Chicago by Sunday, and vice versa. Capital Irish has the help of Caddie Tours, a local travel company that makes artists’ flight arrangements pro bono. That acts like aspirin for organizers.

In recent years, thanks to the smashing box office success of Irish films like “The Favourite,” “Room,” “Brooklyn” and the phenomenal “Game of Thrones,” Irish films, filmmakers and actors are in high demand. Films go more quickly to international distributors or video on demand so that film festivals largely run by volunteers on sparse budgets rely heavily on the Irish Film Institute, the Arts Council and Screen Ireland to help us get the attention of filmmakers who are holding out for Sundance or, better yet, an Oscar nod.

My CIFF is part of a group in the Washington, D.C., area, Solas Nua (new light in Irish), a non-profit dedicated to multi-disciplinary contemporary Irish arts. As a member of the board of directors, I coordinate with a theater arts director, a visual arts director, a book club, a poetry series and a range of musical presentations from all over Ireland.

Blackburn and her board of directors are all about film and receive hundreds of films each and have a panel of reviewers to create a diverse program of films.

While Chicago has used the beautiful Logan and Gallery Theatres for years and now Theatre on the Lake, an incredible space for their opening night gala and screening, Capital Irish has partnered with the American Film Institute, which specializes in international film festivals and operates the AFI Silver Theatre and Cultural Arts Center in suburban Silver Spring, MD. The partnership has brought us theaters, a spacious lobby for parties and a staff of film aficionados to help with everything. AFI’s massive art deco marquee can put Irish filmmakers’ names in lights for the run of their shows, which sends some first-time filmmakers into orbit.

If you are within reach of our festivals, why not come out and see some amazing films and meet the filmmakers before they get that Oscar nod. To see the full program and buy tickets go to Capital Irish Film Festival or Chicago Irish Film Festival.

What is your favorite Irish film? Let us know in the comments section, below.

Read more: What if HBO’s 20-year-old “Sopranos” was set in Ireland?