After two decades winning hearts with songs of great beauty, Declan O’Rourke makes his literary debut giving voice to the stories of the Great Irish Famine. 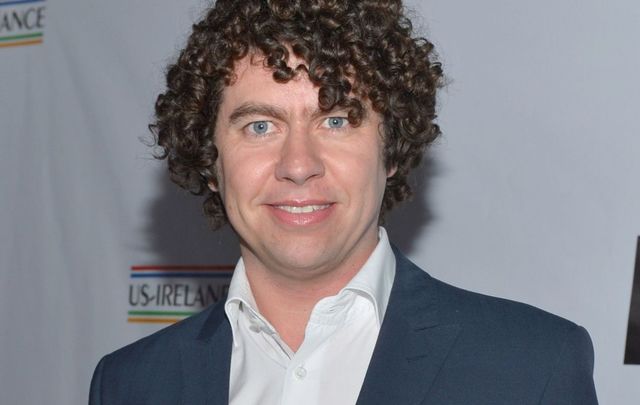 * This article was originally published in our sister publication Ireland of the Welcomes. Subscribe or send a gift of this bi-monthly magazine today.

Declan O’Rourke has, up until now, been known as one of Ireland’s most beloved singer-songwriters. As he began honing his craft, he became one of the key faces in a music scene in Dublin which at the time that included The Frames, Paddy Casey and other stalwarts of the legendary Whelans live music venue on Wexford Street. He burst into the charts with his debut album, Since Kyrabam, in 2004, entering at number five, and his music career blossomed from that point on.

His song "Galileo", one of the most achingly romantic tunes ever sung, is the song The Jam legend Paul Weller described as the only song from the past 30 years that he wished he had written. It was covered by the folk singer Eddi Reader (formerly of Fairground Attraction), Jacqui Dankworth (daughter of the jazz greats Cleo Laine and John Dankworth), and most famously by US artist Josh Groban on his multi-million selling album Illuminations.

Now, two decades later, a family man living in County Galway, Declan is enjoying the same, if not more, success in his new career as an author, with his debut novel, The Pawnbroker’s Reward, entering the bestseller lists at number four pin its first week of publication, an auspicious start indeed.

The Pawnbroker’s Reward is a meticulously researched, multilayered work showing us the Famine as it happened through the lens of a single town—Macroom, Co. Cork—and its environs. The story of local pawnbroker and newspaper correspondent Cornelius Creed is entwined with that of Pádraig ua Buachalla and his family, all real people whose names survive in records of the time. Through fictionalised imaginings of their personal lives, Declan fills in the blanks left by local history and documentary evidence, creating a kaleidoscopic view of this defining moment in Ireland’s history. 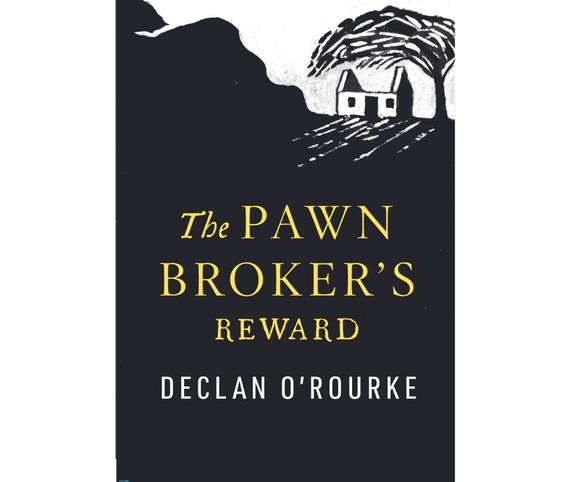 While every Irish child studies the tragedy of the Great Irish Famine of 1845-48 in history class at school, Declan’s interest in history was piqued again as an adult after he discovered that his own grandfather had been born in a workhouse in Gort, Co Galway.

“We were all intrigued by it. The word was familiar but I didn’t realize it was anything to do with the Famine. I set myself a little goal to find out a bit more about what that meant,” he recalls.

By chance he then stumbled upon a book about the workhouses of Ireland in Easons bookstore on Dublin’s O’Connell Street. “It just jumped out at me. I opened the first page on the bus on the way home from town that evening, and the second or third paragraph down told the story of the Ua Buachalla family. It was just a few lines but it was the beginning of something.”

This account by Peadar Ua Laoghaire, a Gaelic revivalist, writing in the early 1900s, described the life of the young family with two children. Declan recounts: “When all of their options had been exhausted they went to the poorhouse in Macroom and within a short amount of time the two children had died. They had all been separated. The wife was gravely ill and they left the place. He had to carry her on his back, for miles back to their little bothán [stone dwelling] up on a hill. They were both found dead the next morning and he was kneeling, with his wife’s feet held to his chest as if he had been trying to warm them. I found it to be the most profound image. It’s so powerful it still rocks me every time, I can hardly even say it out loud.

“I wanted to know why we didn’t know this story. Who could read that and not be moved by it?”

He credits Dr. Christine Kenneally, one of the leading scholars on the subject, with a moment of epiphany in his understanding. “She said that 1994 was a turning point, as it coincided with the Peace Process, so we moved to a point where it was safer to explore our history and to not feel that you were contributing to something incendiary and all the tension that went with The Troubles.”

“The other point is that people are ashamed by their own poverty, embarrassed by it, and tend to push it away. In the 1990s we had the Celtic Tiger after the recession of the 1980s.” Now he considers that a generation has grown up removed from that feeling of shame and poverty, and the time is ripe to delve back in, to explore it and to honor it. “As a young songwriter, the instinct to share it was instant as well, and that led to a series of songs,” he recounts.

The inspiration led to the release of an album, Chronicles of the Great Irish Famine, in 2017. The album received excellent reviews, with John Pareles of the New York Times stating, “Compassion, romance, a sense of mortality and a sense of history run through the songs of Declan O’Rourke.” He toured the album extensively across the US, with an eight-piece ensemble of renowned folk, traditional, and classical musicians, including John Sheahan of the Dubliners, Dermot Byrne of Altan, Caitríona Frost of Celtic Woman, and Cillian Vallely of Lúnasa, visiting New York, Chicago, Kansas City, Asheville, and other cities in the Northeast and Midwest.

Back in Ireland, it was after playing a concert in the town of Skibbereen in Co Cork that Declan was approached by a man whose father was from close to where the Ua Buachalla family had lived. “”We got talking about the townland names and things like that…A couple of days later I ended up being taken to see the remains of their cottage, which was fascinating to me. I had written to libraries and archives trying to find more information and come up against dead ends everywhere. And all of a sudden I had a direct link, to stand at the spot where this happened. It was such a tiny, pathetic little footprint of a house, up on a bleak hill, exposed to the elements.”

The house had only recently been exposed by a gorse fire. The man whose land it stood on told Declan, “If you stood up here in the wind it would skin you alive.” He credits the visit with being a rich source of the “tangible sensory information” which really gets under the skin and stays with the reader.  “It made me walk away and say, ‘This story is not finished with me,’ even though I thought I was finished with it.”

Around the same time he was approached by the publishing house Gill; after hearing him talking about the record on the radio, an expansion into a book was mooted, with Declan being given free rein as to what format that would take. “The third element was that, although I had never been interested in writing prose,  I woke up one morning to write a song and it turned into a twenty-page short story. And I really enjoyed it.” If his writing spark had not ignited that morning, he believes he would have turned down the book deal. “I enjoyed it so much I knew it was the sign of that door opening.”

“It is different to writing songs, but in so many ways it is similar,” Declan says. “Certain disciplines about writing are exactly the same and I think I had developed a confidence and a trusting my own instincts over the years. When it came to doing this, the defining difference was that I knew I would have to sit down and stay at my desk. You can’t approach something of this magnitude with distractions. It has to be more focused and dedicated; you can write songs anywhere on the go, or in your head because they are quite short and you can remember it.”

After setting a goal to lock himself in a room for a few hours every day, six days a week, lockdown kicked in and he upped the pace to seven days a week. With the demands of a touring musician off the table, and nowhere else to be, he wrote, longhand in pencil, every day for six months. “I tried to write music on a computer once and find that writing on a computer brings me into the wrong part of my brain.”

Voices back to life

While The Pawnbroker’s Reward is a novel, most of the characters are based on people who existed and events that actually happened. The pawnbroker of the title, Cornelius Creed, was the Macroom correspondent for the Cork Examiner newspaper, and his pieces in the book are as they were printed in the newspaper of the time. “He began as a source of information for me, but slowly began to win me over as somebody I couldn’t leave out…It’s a two-sided story that began from the same root.” On the flipside of the meticulous research and historical heft within, is a balance with an emotional heart, telling the human stories.

“I read a lot of books [on the Famine] over the years, and with the greatest of respect to so many of the writers of those books, you come across so much information that is academic in nature. I was very lucky with the account I first read because it humanized it for me and that set the bar.”

Reading The Pawnbroker’s Reward is like getting into a time machine and being transported back into Famine times, with visceral accounts of the poverty and squalor, even down to the evocative description of the potato crops rotting as they grew.

While Declan has covered just a six-month part of the Famine in this work, he says, “This book is jut the tip of the iceberg. This period of our history deserves a War & Peace, it deserves a Schindler’s Ark. It deserves a much bigger book.”

“It was very exciting as a writer to give them their voice, and to follow their voice and to watch them develop. Some of them you hear more clearly than others and some of them reveal themselves to you slowly. I felt honoured in many ways to be telling this story. I felt a great responsibility to do it well and by the end of it, you care for the people so much, it’s very hard to describe. They were real people and I feel like they are alive again in a way.”

The Pawn Broker’s Reward is out now, published by Gill Books.

* This article was originally published in our sister publication Ireland of the Welcomes. Subscribe or send a gift of this bi-monthly magazine today.