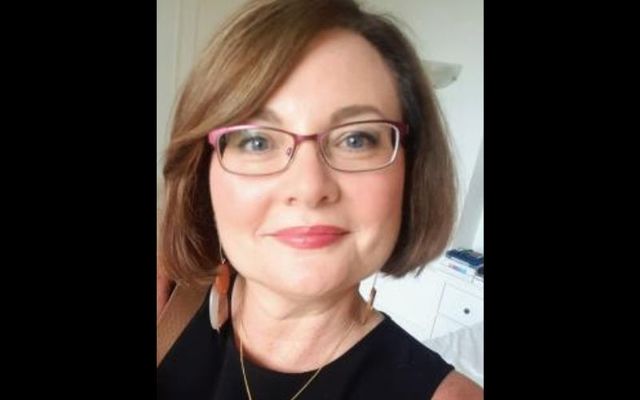 Helena Nolan, along with a glowing career as a public servant to Ireland, is also a highly accomplished poet.

Nolan won the 2011 Patrick Kavanagh Award for her collection "The Bone House," inspired by her research on the travels of Elizabeth Bishop in Ireland. She has also published poetry and fiction in various anthologies and magazines.

Nolan was born in Kilkenny and joined Ireland’s Department of Foreign Affairs in 1990 after an initial seven years in Ireland's Department of Education.

Over the course of her career, Nolan has held a wide number of roles at home and overseas, most recently, before her New York position, serving as Ireland’s Ambassador to Belgium and the Partnership for Peace Liaison Office (2017-2021).

Prior to this, Nolan served as Director for Disarmament and Non-Proliferation in the Department’s headquarters in Dublin and was a regular visitor to the UN here in New York. She has also served in London, Armagh, Kuala Lumpur, and Dar Es Salaam, as well as working in the Departments of Education and Enterprise and the Office of Science and Technology.

Nolan took up duty as Consul General of Ireland in New York on August 26, 2021.

Below we look at one of her poems "Platform" and the new anthology "All Strangers Here: 100 Years of Personal Writing from the Irish Foreign Service," which she helped edit.

The embarrassed backs of houses

Showing us more than we are meant to see

Defiant only in numbers, blushed by dusk

We stare at them through the flashing window

Until night draws a curtain on their shame

I look across at you who reveal so little

Your lonely stare giving nothing away

Even after I left the carriage

And stood on the platform

You did not look out

And if you had, what would you have seen?

Just me, vanishing backwards into the distance

Most recently, Nolan was one of the editors of a new anthology "All Strangers Here: 100 Years of Personal Writing from the Irish Foreign Service."

In 1919, the fledgling Irish State sent envoys out into the world to represent the Irish people and assert our independent voice. Since then, Irish diplomats and their families have been inspired to give a creative voice to their experience. The arts of diplomacy and of writing are close companions—both appreciate the importance of words and the necessity of imagination.

This volume comprises a selection of personal, creative, and unofficial writing by Irish diplomats and their immediate families. Part of the Department of Foreign Affairs centenary program, this collection is a tribute to the creative power of language and the imaginative bonds that connect us. Between these pages, encounter a century of familiar names and new companions. Contributors include Eavan Boland, Maeve Brennan, Maire Mhac an tSaoi and Daniel Mulhall.

"All Strangers Here" is available on Amazon, Waterstones, and various other book outlets.