What better way to mark St. Patrick's Day over dinner than cooking with a drop of the black stuff!

In partnership with
Guinness US 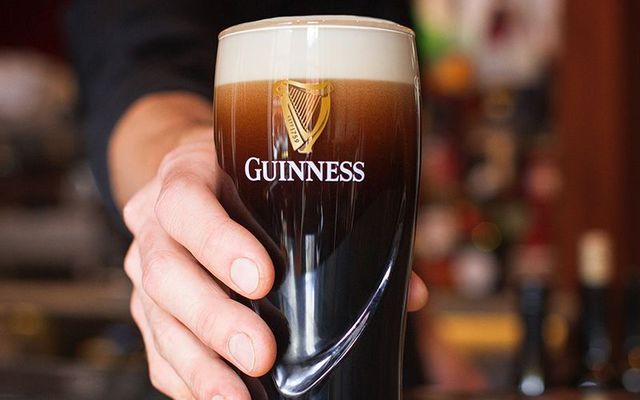 Sláinte! Get cooking with Guinness this St. Patrick's Day.

This is just like your Irish Mammy used to make, only better… and with the great taste of Guinness.

Guinness has long been part of Ireland's culinary fare. Of course, most of us know about Guinness stew or event Guinness battered fish and chip but there is far more that you can do with Guinness in the kitchen. This pork loin braised in Guinness with roast potatoes recipe, perfect for a sumptuous St. Patrick's day meal, is just delicious.

As Guinness Webstore puts it "A great palate cleanser, the carbonation of Guinness lifts the flavors off the tongue, in the same way as champagne, while its deep flavor complements hearty foods such as pies, stews, and BBQs.

"The dry roasted, slightly bitter taste of Guinness also brings seafood to life. As for Guinness and chocolate, that subtle hint of caramel with melting chocolate is unbeatable. But don't take our word for it. Next time you're having a meal, crack open a Guinness and let the black stuff work its magic!"

There's no time of the year better than March to start experimenting with Guinness and start creating some delicious Irish-inspired dishes. Get cooking! 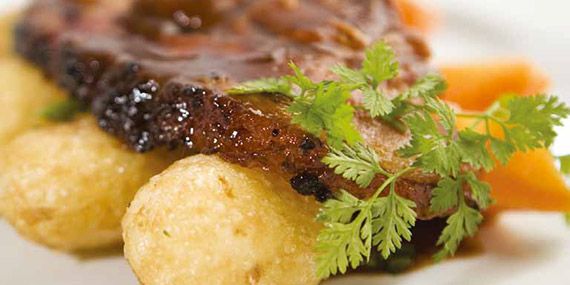 Put a roasting pan on the hob over a medium heat.

When hot, sear the pork on both sides to seal the meat.

Then season with salt and pepper, pour the Guinness in, and add the garlic, honey, thyme, and rosemary.

For perfect roasties, peel the potatoes then parboil them for 10 minutes.

Now put them in a separate roasting dish with salt, pepper, and a generous lug of olive oil.

Add the dish to the oven for the last hour of cooking, then get comfortable with a cool can of Guinness Draught.