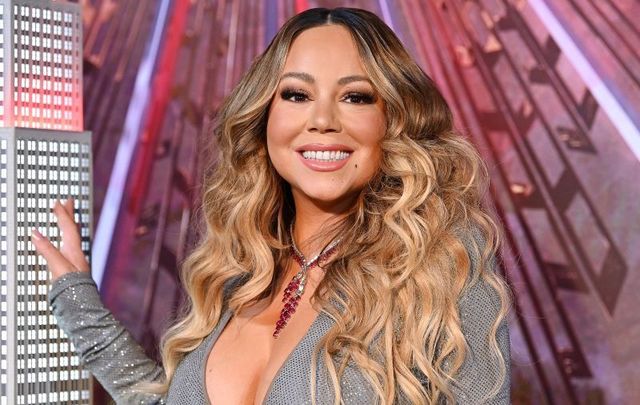 Mariah Carey has announced her newest business venture - “Black Irish,” a new Irish cream that is now in stores.

“Introducing 𝗕𝗟𝗔𝗖𝗞 𝗜𝗥𝗜𝗦𝗛,” Carey said in a social media blast on Monday afternoon. “Two years in the making. Truly a cause for celebration!!!”

According to its website, Black Irish is in stores now and it's available in three flavors - Original, White Chocolate, and Salted Caramel.

The Original blend is described as a "rich luxurious liqueur with aromas of freshly roasted coffee, milk chocolate, and warm spices."

The White Chocolate blend is described as "silky, creamy, and smooth" and has a "slightly more refined and subtle chocolate flavour" than the Original.

The Salted Caramel blend is "rich and creamy with sweet buttery notes of caramel and a touch of salt."

The name of Carey's new liqueur is a clear nod to her heritage. Her mother, opera singer Patricia Hickey, was born and raised in the US to parents who hailed from Co Cork, while Mariah's father, Alfred Roy Carey, was half-Black and half-Venezuelan.

It's reported that the surname Carey was adopted by Mariah's paternal grandfather, Francisco Núñez, after he emigrated from Venezuela to New York.

Carey, a multi-Grammy Award winner, has previously spoken about the difficulties she faced while growing up as a mixed-race person. In 2009, she told The Guardian: "White people have a difficult time with [mixed race]. It's like, my mother's white – she's so Irish, she loves Ireland, she's like, yay, Ireland! Waving the flag and singing When Irish Eyes Are Smiling. And that's great. I appreciate that and respect it.

“But there's a whole other side of me that makes me who I am and makes people uncomfortable. My father identified as a black man. No one asked him because he was clearly black. But people always ask me. If we were together, people would look at us in a really strange way. It sucked. As a little girl, I had blond hair and they'd look at me, look at him, and be disgusted."