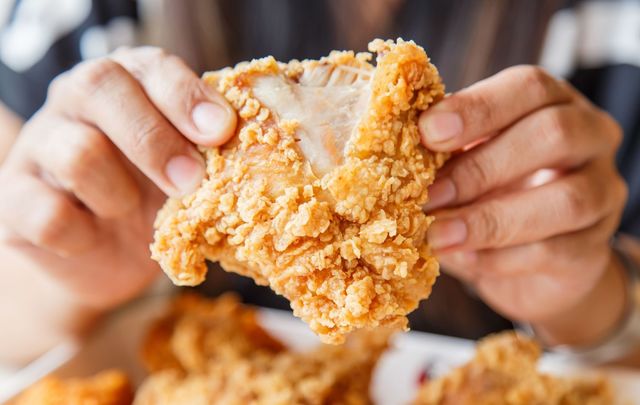 With these new quick and easy Southern recipes, even the busiest of cooks will be able to celebrate this holiday properly without spending hours in the kitchen.

One of the first things that come to mind when I hear “soul food” is fried chicken. Fried chicken is a Classic Southern Soul Food Dish, and recipes for it are included in every Soul Food and Southern cookbook.

I have never been to a soul food restaurant where fried chicken was not an offering on the menu. In fact, fried chicken is so popular, that it appears on most restaurant menus, whether Southern or not.

Real Southern Fried Chicken is quite involved and time-consuming. Most recipes call for soaking the chicken in a brine solution or buttermilk overnight, then draining, dipping in egg wash, coating with seasoned flour, and finally frying in lots of oil. It’s always difficult to keep the temperature just right so that the chicken cooks through before the outside coating browns too fast.

Once the chicken is golden brown and cooked through, the oil is drained off and creamy gravy is made with the crispy bits left in the pan. Although this dish isn’t particularly difficult, most of us really don’t have the time to prepare it very often.

Since frozen boneless, skinless chicken breasts are readily available, I like to use them instead of a whole chicken to make my fried chicken. Southern Grandmothers everywhere might frown on my shortcut method since it doesn’t follow a proper secret Southern family recipe. However, the finished product is crispy, juicy, and delicious.

Instead of the classic cream gravy that usually accompanies fried chicken, I have included a fast and easy sauce that was adapted from Princess Pamela’s Soul Food Cookbook (Signet 1969), Sauce Beautiful, which was named after the author’s late mother. To round out the meal, I would suggest serving rice and a green vegetable.

Of course, if you have your heart set on mashed potatoes and gravy, and have some time to spend in the kitchen, you can also make cream gravy from the crispy bits that are left in the bottom of the pan; drain all but 2 tablespoons of the cooking oil from the pan, leaving any crispy bits; stir in enough flour to make a roux, then over medium heat, whisk in a mixture of half milk and half water (about 2 cups). Season to taste with salt and freshly ground pepper. 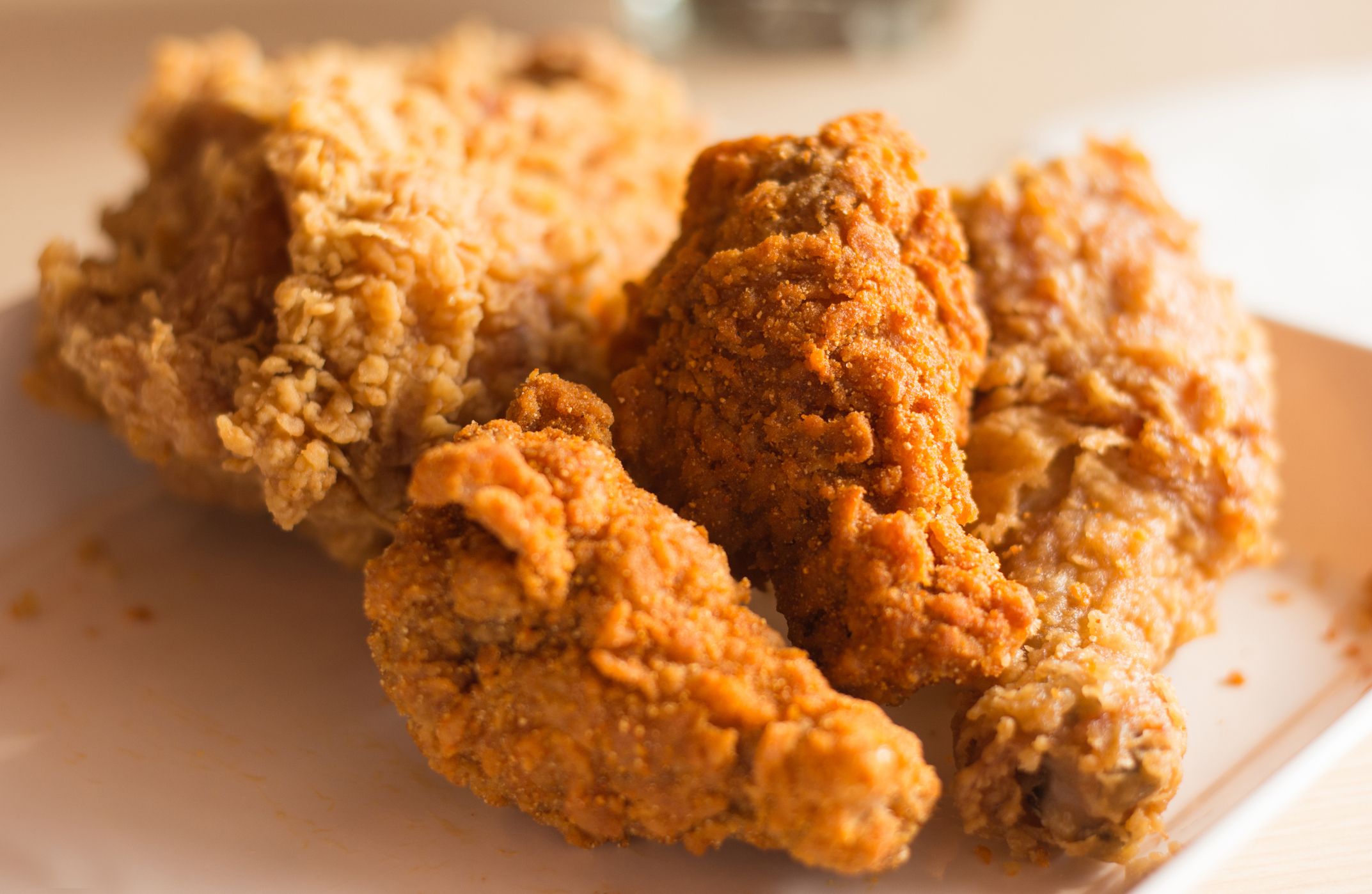 - Mix the flour, salt, and pepper. Dredge the chicken breast pieces in the mixture.

- Melt the butter in a large heavy (preferably cast iron) skillet. Add the oil and heat it to 375° F.

- When the chicken breasts are golden brown on one side, turn them to brown the other side. If the heat is correct, the chicken should be cooked through by the time the second side is browned.

- Since overcooked chicken breasts can be dry, make sure they are removed from the oil-butter mixture as soon as they are barely cooked through.

If the peach preserves are really chunky, mash them with a fork or put them in the food processor and process until smooth. Combine all ingredients in a small saucepan and mix well. Cook over medium-high heat until thickened, stirring occasionally.

Where's your favorite place to get fried chicken? Let us know in the comments section, below.