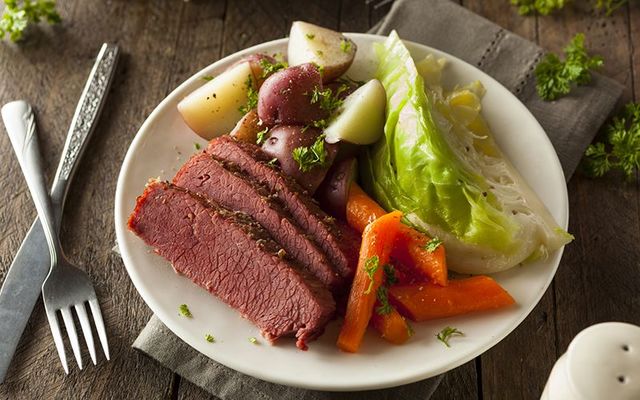 The Irish American tradition of eating corned beef and cabbage, rather than the traditional Irish bacon and cabbage. Getty

Every year, for the last ten years without fail, our Irish readers comment about the fact that Irish Americans eat corned beef and cabbage for St. Patrick's Day instead of bacon. Here's the tradition explained once and for all!

In almost every Irish establishment in the United States, and many others, especially around St. Patrick’s Day, corned beef and cabbage will make its way onto the menu, marking a "tip of the cap" to the Irish around March 17.

Another annual occurrence is Irish people complaining that this is not, in fact, an Irish dish at all, but is this true?

Beef was not readily available in Ireland and was considered a luxury and that’s why the traditional Irish meal centered around ham, the bacon. 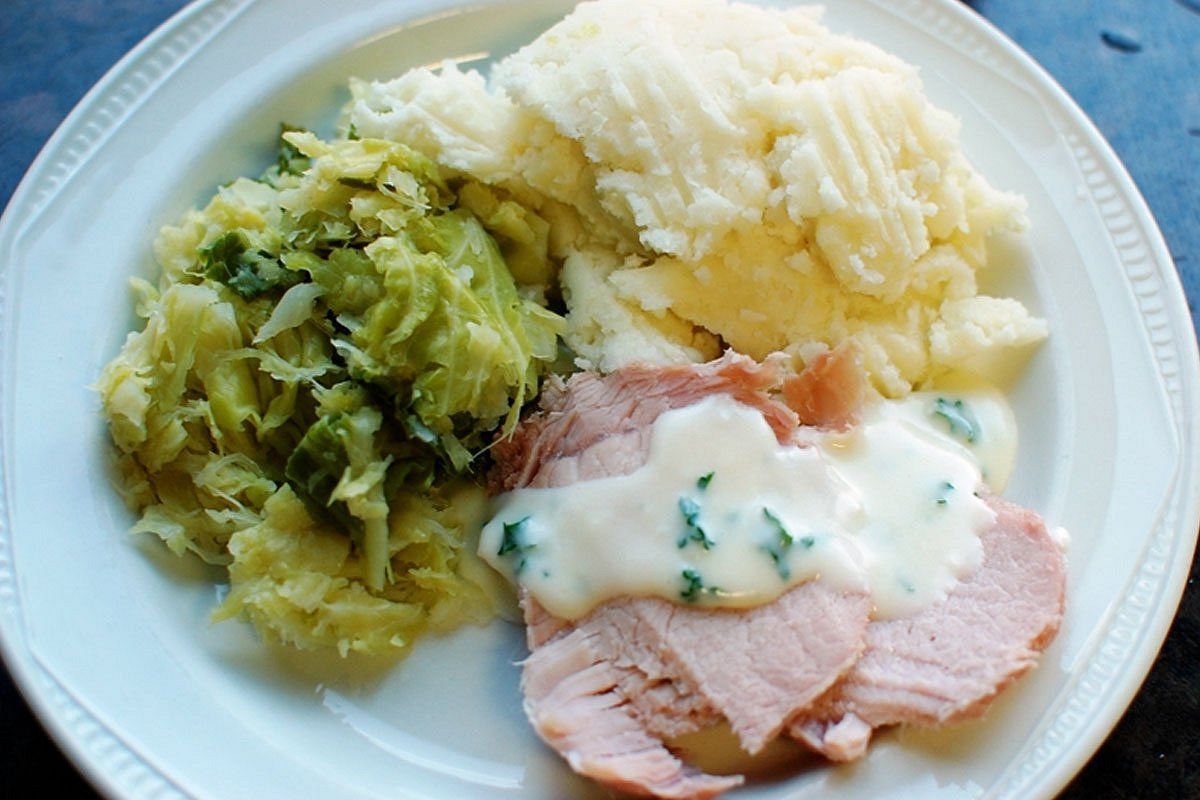 However, when these Irish got off the boats in America it was quite the opposite.

Corned beef was the meat that they could easily and more cheaply get their hands on and, so, this became the meal of choice for generations of Irish Americans to come.

In New England, a tradition formed of having a boiled dinner. For this dish, the corned beef, cabbage, and root vegetables such as carrots, turnips, and potatoes were boiled.

Many maintain that the dish is simply not Irish at all.

The close proximity of the Irish and Jewish communities, in the Lower Eastside of Manhattan in the mid-1800s and early 1900s is said to be largely responsible for the popularity of corned beef among the Irish immigrants.

According to thekitchenproject.com, when the Irish arrived in America, they couldn’t find a bacon joint as they had in Ireland so they gravitated toward the Jewish corned beef, which was very similar in texture.

Francis Lam on Salon.com reports that, years ago, the bars of early 20th century New York would offer a free dinner of corned beef and cabbage to the Irish workers who would crowd in after working all day on the building sites.

The Irish builders would still have to buy a few drinks in order to get their supposedly free dinner, but the main reason that the corned beef and cabbage dinner is thought to be of Irish origin is not that they were enticed by a traditional meal so much as a cheap meal.

Do you eat corned beef and cabbage or do you prefer more authentic bacon? Let us know your thoughts on the subject in the comments section.