Never underestimate the importance of tea to the Irish and tea brack! 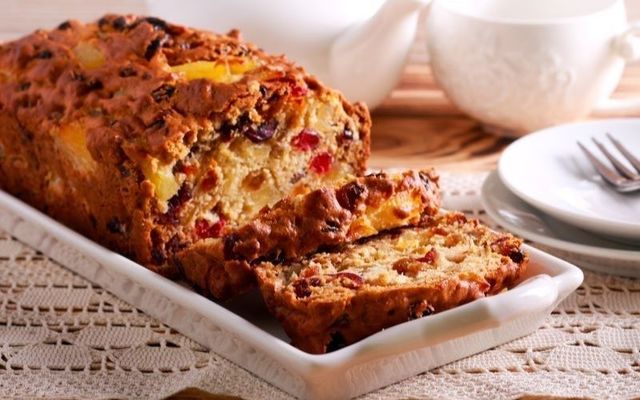 The approach of Halloween means it's time for the return of tea brack. Yum! Try out this tea brack recipe for All Hallow's Eve.

"Put the kettle on!" A phrase used every day in every house in Ireland. Everyone knows it means "Make a cup of tea!"

Are you a Barry's tea family or a Lyons one? Or the new kid on the block - Campbell's?

Tea covers all ails - sympathy, encouragement, a little chat, family crises, bereavement or celebration. What would we do without it?

Our emigrants ask that Barry's tea is sent to them in their new homeland but then complain that it tastes different. "It's the water" is the usual explanation.

But tea also tastes different whether you use tea bags or tea leaves.

Whether it's Barrys or Lyons or Campbells.

Whether you put the milk in first or last.

Whether you drink from a china cup or a mug.

Whether you use a teapot or not.

And don't forget about the tea cozy.

The Irish drink a higher grade of tea than our neighbors in the UK.  This is apparently because during WWII the British had to make do with a cheaper blend which they then grew accustomed to, and so never changed back once the war was over.

We know full well that you can drink a cuppa at literally any time of day or night, with just about any snack, but some do go better than others. An old favorite is a tea brack, also often enjoyed by that rare species known as non-tea drinkers.

Try out the following recipe:

Soak the fruit, nuts and spice in the hot tea for an hour or until the fruit has absorbed most of the liquid. Melt 100g butter and add to the tea and fruit. Add 75g of brown sugar and two eggs beaten.

Fold in 150g of sieved flour and 1 teaspoon of baking powder. Pour the mix into the greased tin and bake in a pre-heated oven at 160C for an hour approximately or until a skewer comes out clean when put in the center of the cake.

This is the most forgiving cake to make, so you don't have to stress over measurements. I often measure by eye and it always works.

Cut a big slice, butter generously and enjoy with your favorite cup of tea.

How much do you love a slice of brack with a cup of tea? Share the love in the comments section, below.