WATCH: Guinness reminds us what it means to be great in new Super Bowl ad

In the new Guinness Super Bowl ad, Joe Montana raises a hopeful toast to the everyday greatness within us all. 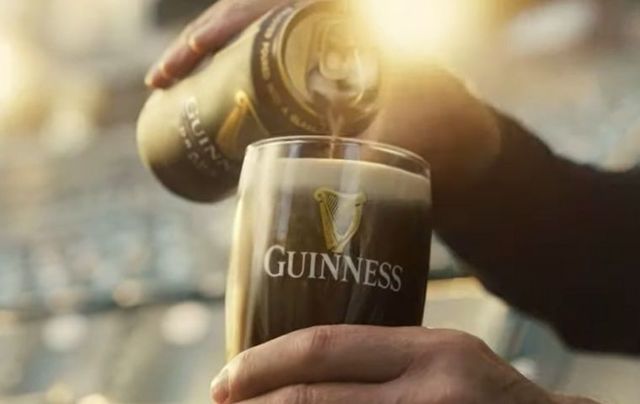 Joe Montana, one of the GOAT, features in the first Guinness Super Bowl ad in more than a decade. Guinness, YouTube

Being the GOAT, or "Greatest of All Time," is usually a sports debate among friends or talking heads, especially when the best football Sunday of the year rolls around. But especially right here, right now, there's meaning, hope and optimism to be found in that phrase for all of us.

For the first time in more than a decade, Guinness will air a TV commercial for pro football's biggest game, starring Montana and raising a hopeful toast to the everyday greatness within us all.

"Being great is about more than the glory or the numbers," Montana said. "It's really about being resilient and coming back – even from the hardest year ever. It's about celebrating each other and making everyone around you better.

"But most of all, real greatness is about keeping the faith that the best is always yet to come – that no matter what, we've got this."

Over the course of three days, Quaker City Mercantile worked with Guinness to produce the commercial across two safe, socially distanced shoots: one with Montana at a football stadium, and the other with staff of the Open Gate Brewery in Baltimore, the US home of Guinness, where they have also been baking and donating bread to local communities since the pandemic began.

"This is a moment to look for optimism, as the Irish have always done," said Jay Sethi, Diageo Beer Co. CMO.

"We think we've found something uplifting to say at the right time, and in a way that captures that Guinness magic and goodwill. Especially right now, we want to remind people that if we look out for one another and keep moving forward, we'll all come back better than ever. Having the 'Comeback Kid,' our friend Joe Montana, deliver the message felt absolutely perfect."

Over the last few months, Guinness has gravitated toward football, America's favorite sport. In August, the iconic Irish brewer announced a long-term partnership with Notre Dame as an official beer of Fighting Irish Alumni and Fans.

Later in the fall, Guinness and Joe Montana teamed up for a series of hope-fueled TV ads, including a spot highlighting the Notre Dame partnership. Underscoring it all? The simple fact that our signature nitrogenated Guinness Draught Stout – widely available in cans to enjoy at home – is the perfect beer to sip slowly during a weekend full of football.

In a recent interview with Forbes, Montana recalls how he had his very first pint of Guinness while in Ireland.

“That's where I fell in love with it, over there," Montana said. "Ever since then, I look for it over here whenever I possibly can and wherever we go. Obviously, we're not going very many places right now.”

You can keep up with all things Guinness by following @GuinnessUS on Instagram, Twitter, and Facebook. And remember, wherever you're enjoying the game this Sunday, please drink responsibly.

The Guinness brand was established in 1759, when Arthur Guinness signed a 9,000 year lease on St. James's Gate Brewery in Dublin. Brewed using four main ingredients, water, barley (malted & roasted), hops, and yeast, Guinness is the world's most popular stout. The iconic beer is brewed in 49 countries worldwide and sold in over 150 with almost 9 million glasses of Guinness enjoyed every day around the world. The most GUINNESS is sold in Great Britain, Ireland, USA, Nigeria, and Cameroon. More information can be found online here.

Diageo is a global leader in beverage alcohol with an outstanding collection of brands including Johnnie Walker, Crown Royal, Bulleit and Buchanan's whiskies, Smirnoff, Cîroc and Ketel One vodkas, Casamigos and Don Julio tequilas, Captain Morgan, Baileys, Tanqueray, and Guinness.

Diageo is listed on both the New York Stock Exchange (DEO) and the London Stock Exchange (DGE) and our products are sold in more than 180 countries around the world. For more information about Diageo, its people, its brands, and performance, visit them online here. Visit Diageo's global responsible drinking resource, DRINKiQ, for information, initiatives, and ways to share best practice. Follow Diageo on Twitter and Instagram for news and information about Diageo North America: @Diageo_NA.